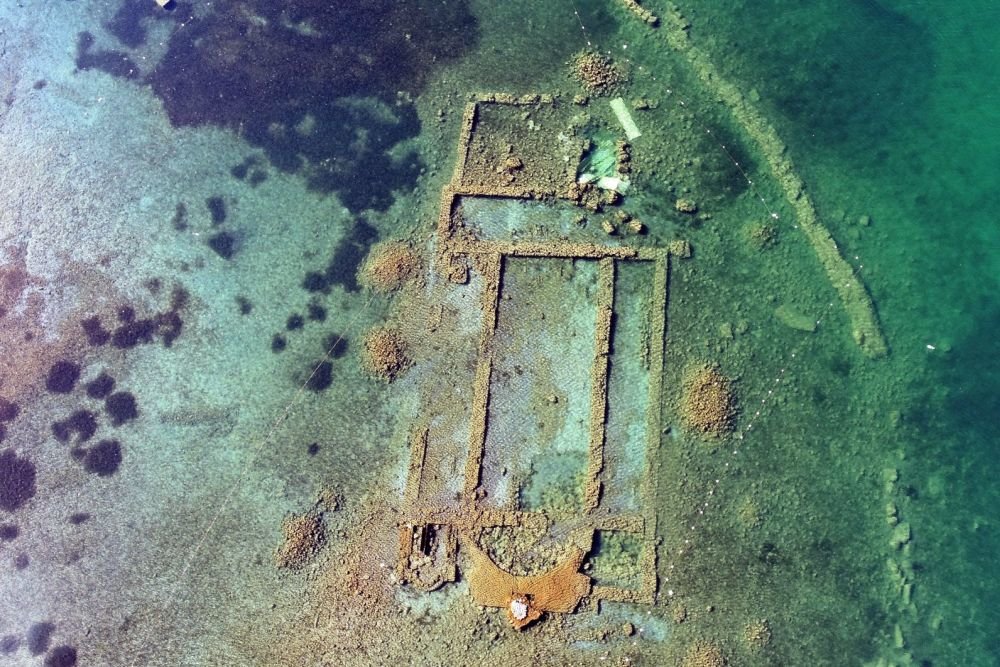 In northwestern Turkey, due to drought in Lake Iznik, Bursa province, the water level has dropped significantly, due to which, for the first time since the 8th century, the Basilica of St. Neophytos rose from the bottom of this reservoir to the surface.

This unusual phenomenon was reported by the Daily Sabah. It is believed that the basilica dedicated to Saint Neophytos was built about 1,500 years ago. However, it operated for a relatively short time, as it suddenly disappeared under water.

According to experts, this happened around 740 AD after a powerful earthquake. It is believed that since then the basilica never rose to the surface, but was reliably hidden by the waters of a huge lake. However, this year, due to a prolonged drought, the reservoir has become much smaller. The water level dropped by more than two meters.

The underwater basilica rose out of the water for the first time in about 1300 years. Scientists took advantage of this and carried out detailed aerial photography. The images confirmed that the remains of the ancient sanctuary are located just 20 meters from the coastline.

Some archaeologists consider this basilica to be an example of early Christian architecture. The Iznik area was an important religious center in both Roman and Byzantine times.

Interestingly, the basilica is planned to be turned into an underwater museum. Work began here in 2015. Over the past time, underwater archaeologists have managed to find a number of remarkable artifacts in the ruins under water.

Some of the most curious finds in recent years have been the seals of several Scottish knights raised from the bottom. Scientists suggest that they were the first foreigners to visit this basilica before it was swallowed up by Lake Iznik.