In Turkey, children’s toys were found that are 2000 years old 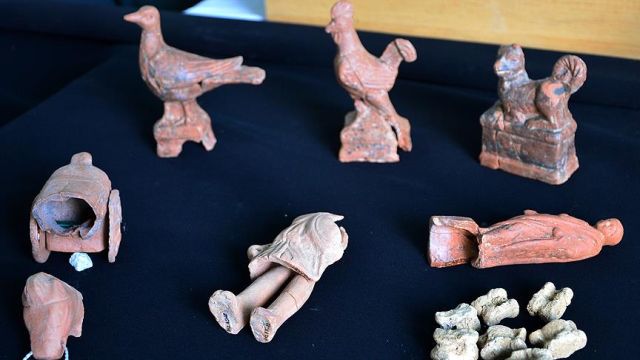 Ceramic toys of the Hellenistic period with the age of about 2 thousand years were discovered by archaeologists during the excavation of children’s burials in the ancient seaside town of Parion in the province of Canakkale in the north-west of Turkey.

Figures depicting female representatives were found in graves in which girls were buried. Male figures were found only in burials with the remains of boys.

In addition to figurines in the form of people, archaeologists also discovered figurines of mythological characters (see video).

The Greek city of Parion was founded in 709 BC. Archaeologists have been digging in this place since 2005.