In Turkey found a Roman bridge that is 2000 years old 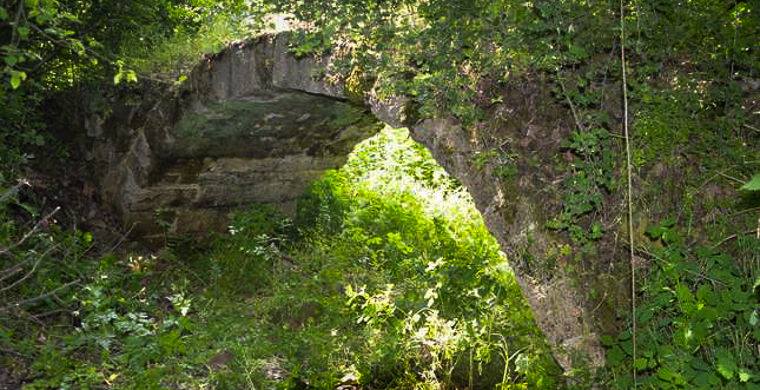 In a thicket of grass and bushes in a remote area of Turkey discovered a bridge built in the era when this area was part of the Roman Empire.

In the Orhangazi district in the Western Turkish province of Bursa in the local old-timers anciently existed a legend about an old bridge nearby. Accurate locations of attractions when you do this, nobody remembered, so the researchers had to find the bridge itself, reports Daily Sabah.

And their search was crowned with success. Ancient structure, whose age is estimated at 2000 years, was discovered in the village of carsac.

As seen in the photo, the arch bridge is well preserved: it still stands in the dense thickets, and the impression that his “spin” simply stand for the passage of a cohort or two.

Now, Turkish researchers are going to conduct archaeological research in the area of the finds.

This is only one and, perhaps the most notable archaeological find was made in Turkey in recent weeks. In Elazig when planting trees has been found in 2700-year-old stove with reliefs. In Antalya, discovered the mosaic floor. In the area of ancient Sardis ancient Roman sarcophagus was found.

Earlier during excavations in the Turkish Cappadocia was discovered the oldest Christian temple with frescoes, which have never been seen by the specialists.