In Turkey, the fortress of the kingdom of Urartu 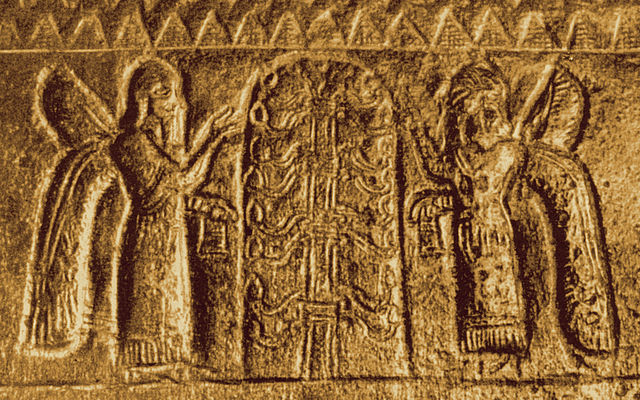 A group of archaeologists discovered in Van, the largest and most ancient lake in Turkey, the ruins of a castle built three thousand years ago.

Presumably it was built during the time of the existence of the kingdom of Urartu IX-VI centuries. BC. Until the middle of the XIX century. Among the ruins there were settlements. However, when the lake began to fill with water, the inhabitants had to leave these places.

The events were conducted by scientists from the University of the “100th Anniversary” of Van province and the administration of the province Bitlis.

“There were rumors that there might be interesting finds under the water, but most archaeologists and museum representatives told us that it’s impossible to find anything,” the head of the divers team Tahsin Gelan told Sabah.
The castle found was completely flooded. According to experts, at present it has become several hundred meters higher than during the time of the existence of the kingdom of Urartu. The peoples who lived near the lake built their houses and religious buildings when the water level was much lower.

Researchers at the moment can not say with accuracy how many walls of the castle are still hidden under the lake bottom, as now only a part of them is visible 3-4 meters high. “We will have to conduct underwater excavations to find out,” said Ceylan.

The state of Urartu was located within the Armenian highlands and existed in the VIII-VI centuries BC. At one time, it occupied the dominant positions in the Near East. In the XIX century AD. French archaeologists first discovered wedge-shaped inscriptions near the shores of Lake Van in the territory of the then Ottoman Empire, not made in the Assyrian, as originally thought, but in the Urartian language. In general, Urartu remained a “forgotten kingdom” from the 5th century BC. and almost until the XX century AD. Excavations on this territory, in the words of modern archaeologists, remain in the “embryonic state”.