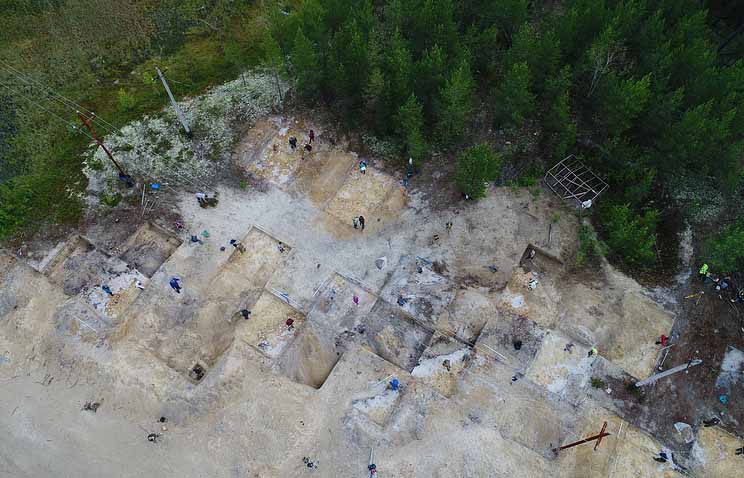 In addition to it on the site about 2 thousand square meters. m also found other items from the Early Neolithic to the Middle Ages, more than 5 thousand artifacts

Archaeologists first discovered the quartz anvil of the early Neolithic era during excavations on the territory of the archaeological monument “Nekh-Uriy” in the Khanty-Mansiysk Autonomous Okrug-Ugra.

This was reported by the researcher of the Ural archaeological expedition Elena Danilova.

“In the early Neolithic we found an anvil from quartz, about 6 thousand years BC, which is a rather unusual finding, which we did not find before.This artifact was discovered at a depth of 2.5 m from the modern surface. a layer of untouched sand, which is also unexpected in itself, “the agency interlocutor said.

According to her, in addition to the anvil on the site with a total area of ​​about 2 thousand square meters. m scientists discovered other objects from the early Neolithic period to the Middle Ages. “Basically, these are fragments of ceramic vessels, remnants of stone and metal products, these are ancient tools, scrapers, plates made of stone.” There are also more than 5,000 artifacts found in metal, “added Danilova.

She specified that experts from Yekaterinburg will be engaged in the processing and restoration of materials. “We will involve different specialists, scientists from the Ural Federal University named after the first president of the Russian Federation Boris N. Yeltsin (UrFU) will deal with the stone, we will describe something ourselves, after processing we will transfer it to the Museum of Nature and Man in Khanty- Mansiysk, “- said Danilova.