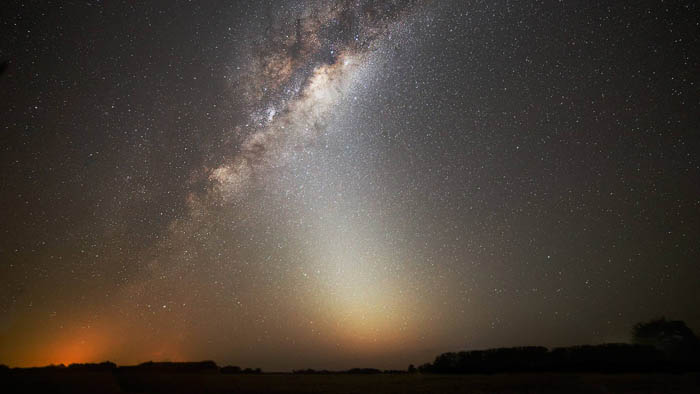 In urban smog three European capitals, the researchers were able to identify particles of cosmic dust.

Microscopic particles, most of which remained as the residue in the time of the formation of the Solar system, about 4.6 billion years ago, showered the planet is weak, but steady stream. According to some estimates, every year the Earth’s surface reaches tens of thousands of tons of space dust that could serve as a valuable material for research. However, in order to separate it from the dust of the earth, scientists have to go to Antarctica and to provide particles of extremely pure deposits of ice.

To separate the worldly dust particles from the space managed by the authors of the new work, the results of which are published in the journal Geology. Help scientists have appealed to enthusiasts of the Association of Project Stardust, who are addicted to the search for and study of micrometeorites. They helped Matthew Genji (Matthew Genge) from Imperial College London and his colleagues to collect about 300 kg of dust from the roofs of European capitals – Paris, Berlin and Oslo. Based on the fact that contained in cosmic dust iron gives it magnetic properties, scientists were able to highlight this significant volume of about 500 of its particles.

After reviewing them, Genji and co-authors noted that particles of “urban” space dust is slightly larger than the ones used by the researchers. Their size is about 300 µm, while the “Antarctic” particles rarely exceed 100 µm. During the passage through the atmosphere these silicon “cosmic spherules” have heated up and lost its rounded shape. According to scientists, they entered the Earth’s atmosphere at a very high average speed – around 12 km/s.

The particles are also visible per’evidnye crystal structure, but the number of such entities is small in comparison to that observed in particles of “Antarctic” of dust that are dated millions of years ago. This scientists associated with changes in the position of the planets of the Solar system, the gravitational and magnetic fields which could influence the trajectory and growth of particles of cosmic dust.