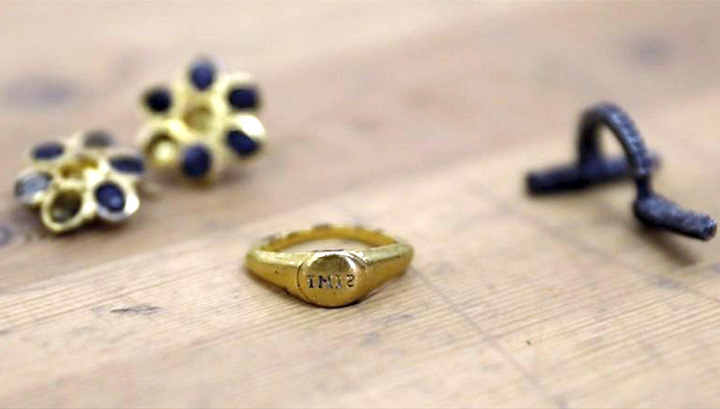 The second this year news from the excavations in Viminacium: this time Serbian archeologists stumbled upon the untouched Roman sarcophagus. The discovery, according to scientists, is sensational: “Finding a sarcophagus that has not been damaged and looted over the past centuries is a rarity, not only in Serbia, but also in other countries. Even in ancient times, the robbers knew: in such bury people with wealthy people, with rich funeral gifts and expensive personal things, “Miomir Korać, director of the Institute of Archeology of the Serbian Academy of Sciences and head of the excavation in Vininatsium, told the Serbian RTC television channel.

The sarcophagus was not touched by the robbers, it was not damaged by the peasant plow, it did not suffer from the movements of heavy equipment in our time (a coal-fired power station is located next to the archaeological park). In a sense, this is truly a miracle.

On the history of Viminacium, the main city of the Roman province of Upper Moesia (modern Serbia), we briefly described in two previous materials about no less sensational findings: “Gold, silver and black magic: in Serbia they discovered unique tablets with curses” and ” the tomb of the Roman emperor “(Myiomir Korach likes to remind that 18 Roman emperors, including Constantine the Great, were born in the territory of modern Serbia, and some died and were buried in Viminacium). 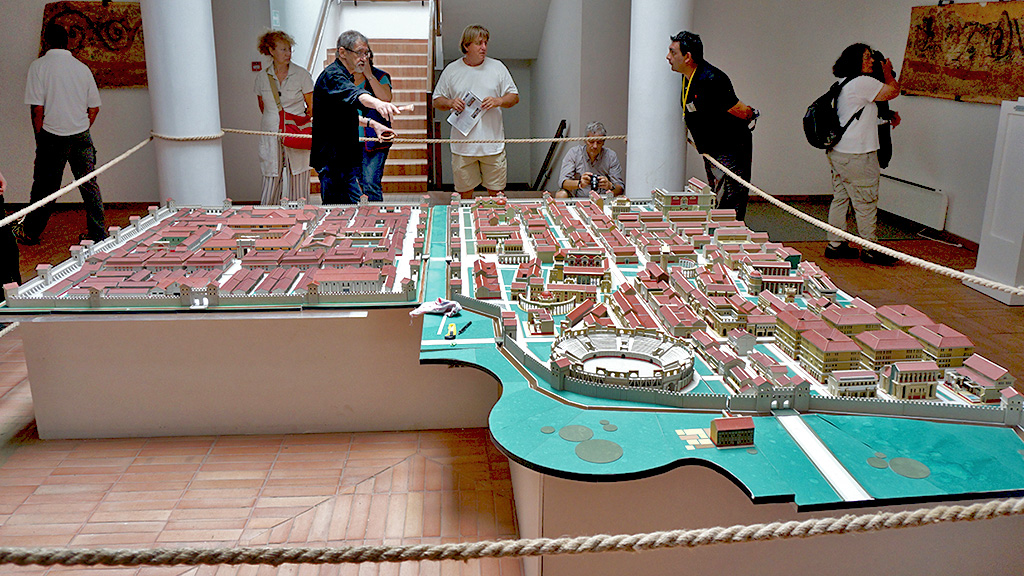 Viminacium, founded by the Romans in the 1st century AD, was one of the largest and richest cities of its time. It existed only a few centuries and died with the Western Roman Empire – in the V century it was looted by the Huns, in the VI century the Emperor Justinian tried to revive and rebuild the city, but in the same VI century, the Vininatsium finally destroyed the Avar tribes from Central Europe.

Large Roman settlements, over which later did not grow modern cities like London and Budapest, can be counted on the fingers. “In fact, only Viminacium, spread over 450 hectares, remains an open area for research. The number of possible discoveries and new information can not be predicted or measured, “says Korach.

One such discovery is an undamaged Roman sarcophagus supposedly of the 3rd century AD. According to Korach, this is only the second untouched sarcophagus found in Viminacium for the entire time of excavation, that is, since 1882.

The sarcophagus is made of limestone and, according to tradition, is stylized under the building of the temple: with a lid in the form of a gable roof, decorated in corners with acriteria. Archaeologists added that they did not find any serious damage during the external examination (when the lid cracked – in the ground or at the time of extraction of the sarcophagus – is not reported anywhere). 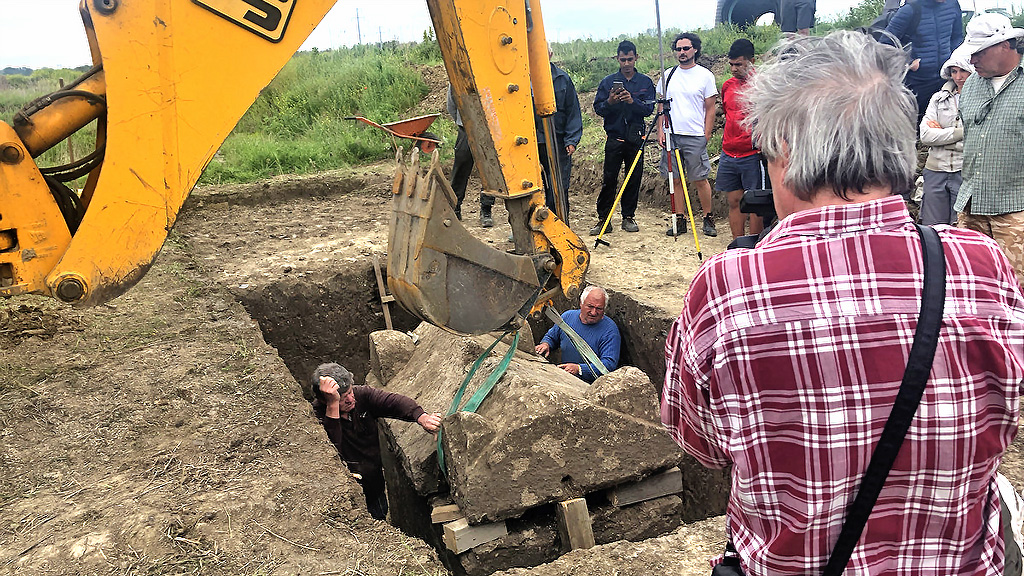 Myomir Korach observes the extraction of the sarcophagus. Photo: Tanjug

“With the help of heavy equipment, we removed the lid – and only then realized that this double burial. Artifacts found inside, surpassed all our expectations, “says Korach. 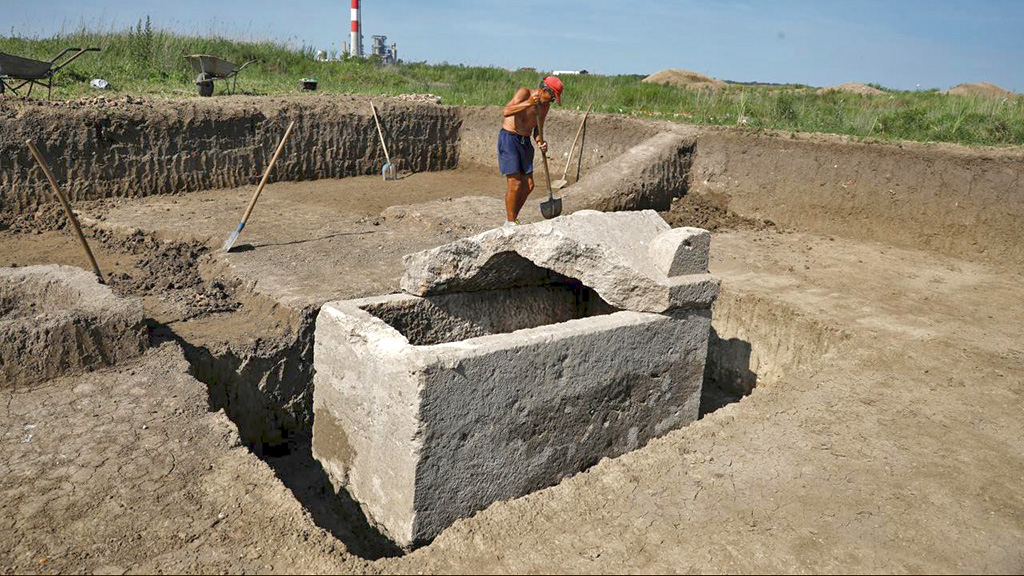 Sarcophagus after the extraction of the remains. Photo: REUTERS / Marko Djurica

According to anthropologist Ilija Mikić, the remains of two people lay in the sarcophagus: a tall middle-aged man (elderly by the standards of that era) and a slender, younger woman. Who these people were – remains to be seen: archaeologists have not yet found any inscriptions on the sarcophagus or other direct clues. With certainty, one can say only one thing: “Judging by the objects found in the grave, this pair definitely belonged to the upper class,” Mikic said in an interview with Reuters.

Thanks to modern technologies, the deceased will be able to tell their story themselves: detailed laboratory studies have already been planned, including the entire modern set-genetic, isotope, radiocarbon analyzes and so on.

Without this it is difficult to understand when they lived and died, where they come from and who they come from each other: husband and wife or father and daughter. However, the “archaeological reading” of artifacts has already given interesting clues. 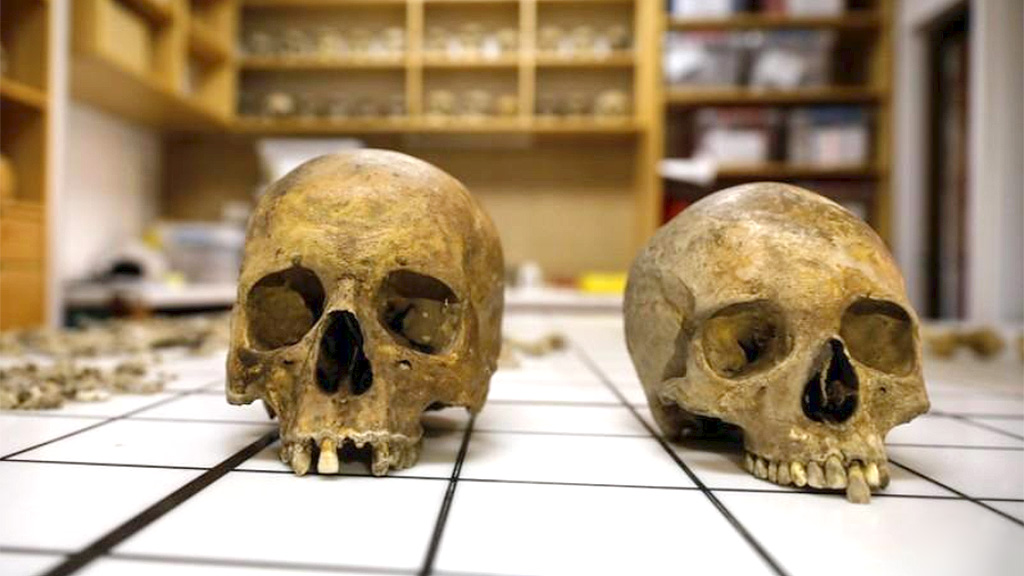 Skulls of a man and a woman from a Roman sarcophagus. Photo: REUTERS / Marko Djurica

Next to the remains of the man, his personal belongings were found – a silver belt buckle, a fibula and the remains of leather shoes, while archaeologists named female items “one of the most outstanding burial sets found in the graves of Viminacium” (and the city necropolis, by the way, has more than 14,000 burials ).

According to preliminary estimates, the woman was buried in luxurious clothes, woven with gold threads and richly decorated. Among the found artifacts – three glass vessels (two balsamaria and one unventaria, such bottles were used to store incense and cosmetic products); four bronze coins, one of which was minted in Viminacium in the middle of the 3rd century (this coin also gave a temporary dating of the burial), gold earrings, a gold ring, a necklace, a silver mirror and four hairpins.

The simple enumeration may not be impressive, but archaeologists know how to extract living histories from inanimate objects. According to the Roman funerary customs recorded in the ancient “laws of the XII tables” (which were still fully observed in the 2nd-3rd century AD), gold was not left in the graves . “And do not even put gold with the deceased”, Table X prescribes, and Myomir Korach reminded about this, telling about another find in the Vininamcium – golden tablets with curses.

However, for personal belongings and ornaments, unlike funerary gifts, something like relief was acting everywhere. Thus, all the gold objects found in the sarcophagus can be considered the lifetime property of the deceased.

A silver mirror is one of the things that hint at the nature of the relationship between a man and a woman: it is more likely that they were husband and wife, and not father and daughter.

“The decor of the silver mirror, found next to the deceased, is made in the form of a” Hercules knot “. Expensive mirrors of skillful work were used during wedding ceremonies, when the bride was escorted to the house of her future husband. Perhaps the mirror from the sarcophagus was reminiscent of such an event or left with their own wedding. This hypothesis is indirectly confirmed by a decorative motif on the mirror, the “Herculean knot”, since it was this knot that tied the bride’s belt, “explains Korach.

“Hercules knot” is a very old motif of fertility and healing originating in Ancient Greece and later popular in Egypt, in the Roman Empire and even in medieval Europe until the Renaissance. In Russia, it has no symbolic meaning, whereas in the Western tradition it is still called the “knot of love”, which left in many languages ​​a stable expression “to tie up our destinies / to connect fate with someone”.

Another curious story told hairpins with round tips – two bone and two jetty. 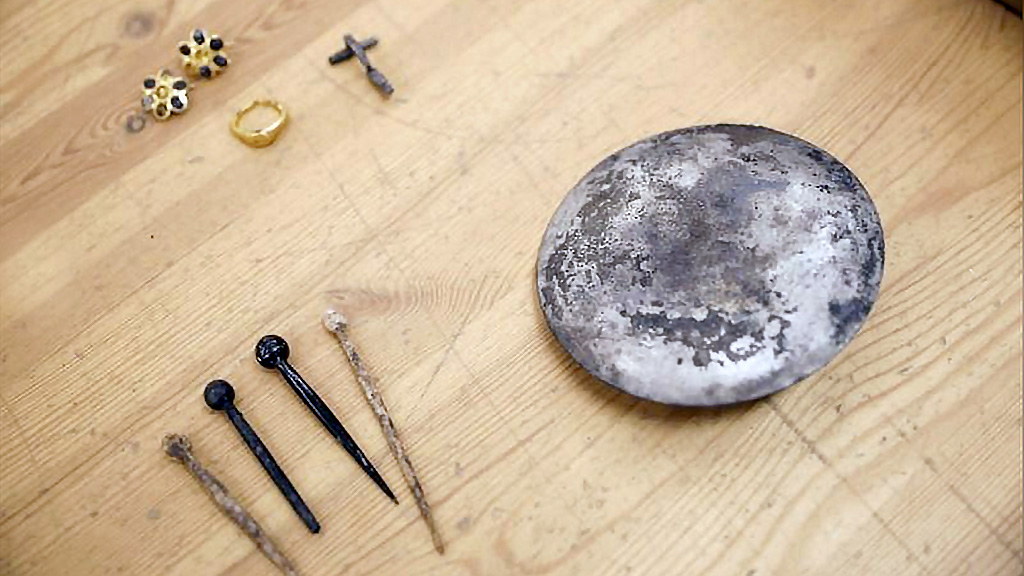 Some of the artifacts found in the sarcophagus. Photo: REUTERS / Marko Djurica

In ancient times, the jet was a very rare and expensive material, the main center of its extraction and processing was in England, in the territory of the modern county of York. Scientists are almost sure that the dagger found in Serbia is from there. Gagat was appreciated for the ease of processing and beautiful shine after polishing, but from the point of view of archaeologists it has other features.

“Gagat is an extremely rare material, while it is very convenient in dating and it has its own history: with mortar jewelry, women of a certain age were buried,” says archaeologist Ilija Danković.

However, the most curious and incredibly rare find archaeologists believe is not a gag and not a mirror, but a gold ring with the letters SIMP engraved on it – perhaps it is the initials of a man or the abbreviation of his name (see the title page).

This information scientists have extracted from the found artifacts for three weeks that have passed since May 10 – the day of the autopsy of the sarcophagus. Now experts will have the most painstaking, but also the most interesting part of the work: the analysis of each find and the definition of its place in a giant puzzle called “Vininatsium.” After all, out of 450 hectares of urban territory, less than 5% has been studied to date.