In virtual reality you can feel the heat, cold and pain 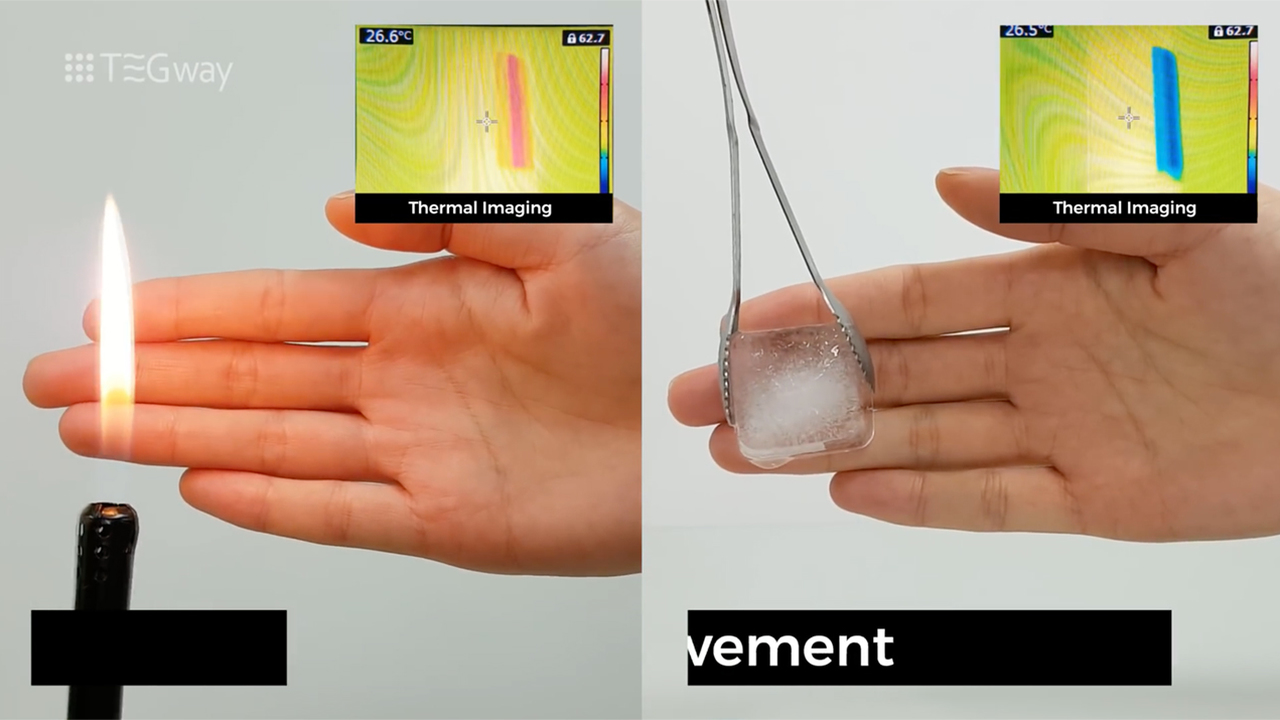 Tegway has created the world’s first ultra-thin, flexible thermoelectric device that will allow gamers to “feel the heat, cold and pain while playing” in virtual reality. The development opens a new kind of human-machine interface: if necessary, ThermoReal technology can generate, for example, heat and send it to a VR controller that the user holds.

ThermoReal was shown on the accelerator HTC Vive X in San Francisco. It is a semiconductor device that, under the influence of electricity, is capable of heating on one side and cooling with the other. A very similar system is already used in wine cabinets: there the cold is generated by current, since even the slightest vibrations harm the quality of the drink.

As noted by VentureBeat, the development of Tegway will allow gamers to plunge deeper into the gameplay. For example, if you touch something hot, users will be able to feel warm in their hands or feel pain when they strike, which occurs when the controller is heated and cooled at the same time.

Tegway has already filed numerous patent applications for its invention.