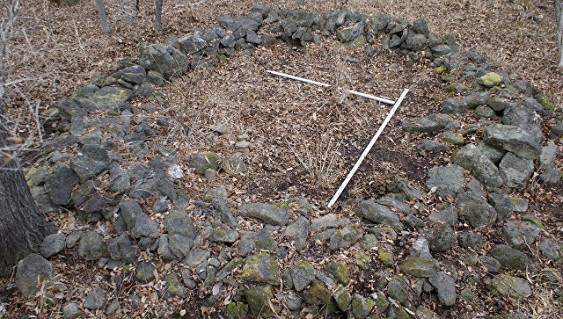 Archeologists of Far Eastern Federal University (DVFU) found man-made layings from a wild stone within Vladivostok which, perhaps, belong to the I millennium B.C. when the water area of Peter the Great Bay carriers of yankovsky culture occupied.

“Mysterious layings can be dated a broad time span. Perhaps, they treat the I millennium BC when the water area of Peter the Great Bay carriers of yankovsky culture — experienced fishers and seamen actively occupied. But these constructions could be also created during an era of the Middle Ages or in later time — in XIX — the beginning of the 20th centuries. Stone layings of various shape quite often meet near Vladivostok. Most often they aren’t described because it is rather difficult to interpret them. Anyway, such constructions represent an unusual and interesting type of monuments which research promotes studying of history of Primorye” — it is said in the message.

Students and graduate students under the leadership of professor of School of the humanities of DVFU Alexander Krupyanko research the stone ring and a rectangular construction found near the coast of Ussuri Bay.

“The layings found in a hill, undoubtedly, were made by the person. The most effective of them represents a stone ring with a diameter of six meters and height of walls about a half a meter. Appearance of a laying demonstrates that it was created long ago, but its research didn’t give yet finds which could date definitely a mysterious ring or determine its appointment”, – reports higher education institution.

Particular interest of scientists was attracted by a squared laying. Excavation showed that it was a construction with the basis about 1х2 meters in size in which fire traces remained. A row found the stone axe what were widespread in Primorye during an era of yankovsky archaeological culture (the I millennium B.C.), and the fragment of the iron Celt is found in several tens meters.

“The arrangement of this object is very unusual to constructions of household or cult nature. Considering its stay on a hill saddle from where the fine overview of the gulf towards the Big Stone opens, it is possible to assume that the construction performed functions of alarm point or was similarity of a beacon” — Krupyanko notes.