In what secret of dog devotion? 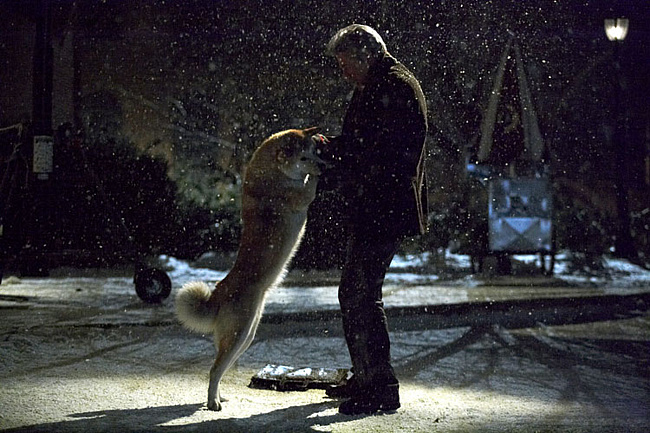 The person got used to consider a dog not just animal long ago, and the partner, the colleague, the assistant and even the family member. Almost each owner has in an inventory a strange story about amazing mental abilities of the pet or his improbable commitment. However the last researches prove that at the heart of dog fidelity, love, empathy and obedience not only their capabilities to empathy, but also difficult biochemical processes lie.

Hypothalamus hormone oxytocin is known as hormone of happiness, joy or love long ago. Partly it is right as it favorably influences a psychoemotional background, causes more positive view of things, grants feeling of good mood. Besides, oxytocin at once after appearance of the child on light begins to participate in forming of communication of mother and child. In 2015 scientists from the Japanese University to Azab established that the mechanism of relations of the person and a dog is also regulated by oxytocin which as it appeared, is developed in case of contact not only at the owner, but also at the pet.

During the experiment at the person and an animal measured hormone level in an organism then they were left for half an hour in the closed room. It wasn’t allowed to give delicacies and toys to dogs, and other restrictions weren’t. After the thirty-minute session of communication of a dog and the person neurobiologists measured the level of oxytocin again and found out that at those couples which more often and longer were looked each other in the face the level of hormone of joy is much higher, than at those who preferred to spend half an hour in different corners of the room. It is interesting that in February, 2016 this experiment was continued by already British scientists: they at last by practical consideration established that dogs love the owners more, than cats, after ten minutes of a game with the person at dogs the level of oxytocin grew by 57%, and at cats — for only 12%. Neurobiologists explain it with the fact that dogs live with the person much longer — on tens of thousands of years — than cats therefore mechanisms of forming of positive feedback proceed both on emotional, and at the neurological level.

You feel, than smells?

Sense of smell of dogs one thousand times thinner and more sharply, than at the person therefore also smells they distinguish much more. However despite such rich palette of various aromas which filled the world of dogs animals nevertheless allocate for themselves one most favourite. Gregory Burns from Emory University in Atlanta made an experiment: dogs were placed in the device MRT and serially offered them several different smells: unfamiliar dog, familiar dog, owner, foreign person and own smell of an animal. Having analysed reactions of a brain, scientists found out that the kernel having a tail — pair structure of a brain — dogs most strongly reacts to the owner’s smell. The kernel having a tail is the area of a brain which is responsible for positive expectations therefore the research allows to conclude that began to smell the loved one the dog not just remembers, and associates with the positivest reactions.

About dogs quite often speak — “understand everything, but can’t tell”. Actually they don’t understand, and perceive information more likely, and that not all, and already familiar. So, neurobiologists from the Budapest university of Hungary selected 30 dogs of the most different breeds — from Chinese crested to a German shepherd — and analysed by means of MRT activities of the highest departments of their central nervous system when handling the human speech. Dogs heard tender, approving and neutral words and expressions, but with various intonation. It turned out that, first, the left hemisphere of animals is responsible for perception of words, and secondly, recognition happens only if for a dog these words have though some sense (are familiar and learned).

The right hemisphere is responsible for intonation interpretation — that is the pet is quite able to understand when the owner is happy with it and when he becomes angry when he praises and when abuses. At the same time the center of pleasure (reacting to pleasant irritants) becomes more active only when pleasant intonations match an approving connotation of the word. On neutral expressions, even told positively, animals didn’t react. All this allows to draw a conclusion that the mechanism of recognition of the speech at people and at dogs is arranged similarly.

Scientists from Linchyopingsky university of Sweden made a series of experiments with the purpose to find out whether there are genes which predetermine sociability of dogs or their unwillingness to make contact. For this purpose scientists selected thoroughbred beagles and set for them obviously impracticable task: to get food from the closed plastic container with food. At the same time indoors there was also a person, but only as the detached onlooker.

Interest of scientists was attracted first of all by time which was required to dogs to think to ask for the help the person. Some came into visual contact, some preferred to jump on knees, and some — to draw attention with bark. Then scientists made selection of 95 most sociable and 95 most unsociable dogs and took their blood and saliva on the analysis.

Later on the basis of the received materials of beagles of a genotipirovala also constituted lists of one-nucleotide replacements (SNP) in genes. As a result scientists found five genes in areas with specific SNP which were located on the 26th chromosome, in introns. Homozygous carriers of these options of SNP quicker and easier were solved on contact with the person, than heterozygotic individuals. It allows to draw a conclusion that a certain friendliness, trust to the person and confidence that it is possible to ask it fearlessly for the help, obviously have the heritable nature and are determined genetically.