In Yosemite found an unexpected reason for the collapse of landslides 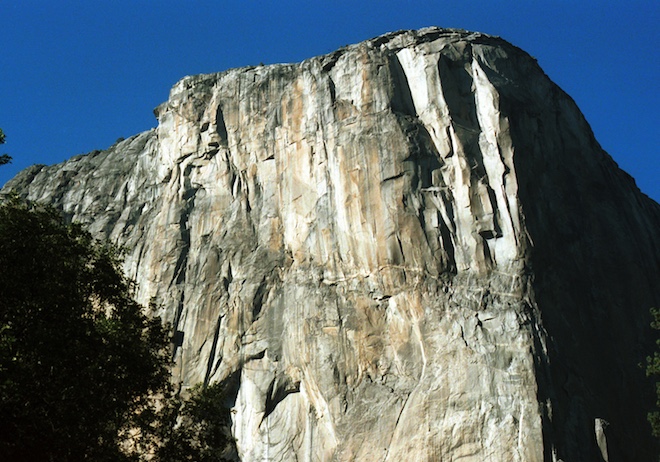 In September, British climber Andrew Foster died under the rubble of rock, descended from the world famous mountain peak El Capitan in the National Park Yosemite in California. Andrew managed to save his wife, closing it with his body.

This is the first crash of rock with a lethal outcome in the park since 1999 and one of a series of landslides that occurred in the same week – there were only seven of them.

Of course, landslides are part of the natural erosion process that affects all mountains. Appalachians, for example, once looked like the Rocky Mountains, until they came to an end in millennia. Also the frequency of landslides depends on the underlying rock. It seems that the influence of man does not have much significance for these natural disasters.

But a new study links landslides to climate change.

The natural way in the rocks with time appear weak spots. In the end, they are weakened enough to break off large chunks. Scientists for a long time linked landslides with the processes of freezing and melting, moistening and drying, temperature changes and human intervention (even mountaineering).

Until 2016, many geologists believed that freezing and thawing had the strongest impact on the likelihood of a landslide in Yosemite. Like karstic funnels, landslides are mainly due to the splitting of the rock under the action of freezing ice wedges, when water seeps into weak places during winter storms, expands and later freezes.

But a study published by the geologist of the Yosemite Park in the journal Nature Geosciences revealed something else: according to data collected over three years, landslides cause hot and sunny days, and not night frosts and daytime melting. The data indicate that the warmest time of the day and year is especially favorable for the development of landslides. A cyclic thermal load can increase the effectiveness of other factors causing a landslide, the study authors write.

The rock heats up in the sunlight, expands slightly, then shrinks again at night. The hotter the days, the greater the expansion and contraction, the more tiny, and then larger, cracks grow until they ultimately cause a landslide. Climate change has led to a sharp rise in temperature in Yosemite and in many other places.

In other parts of the world, for example, in the Alps, glaciers and permafrost are associated with landslides.