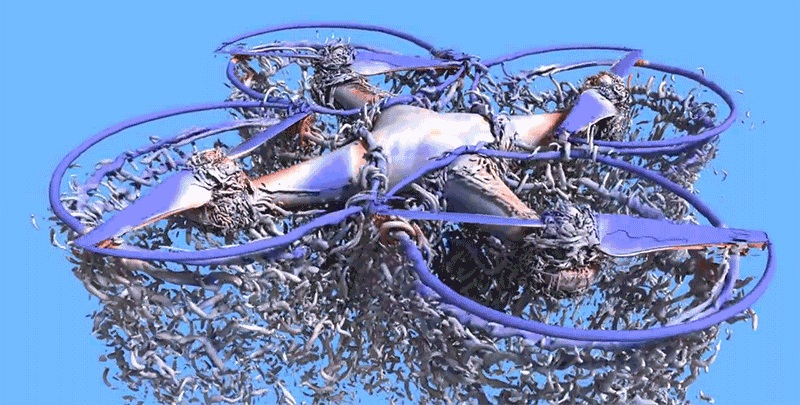 This three-dimensional model was created to improve the design and flight characteristics of drones, and the creators did not expect that the final picture would be so difficult.

The simulation is built around a three-dimensional model of the quadrocopter DJI Phantom 3 showed not only how the flow goes from the propellers, but also how it interacts with X-shaped body of the drone. The work carried out by the Research center Ames at NASA showed that a doubling of the number of the rotor doubles the power of the drone, allowing him to levitate heavy objects, and not only shoot the most beautiful views in nature.