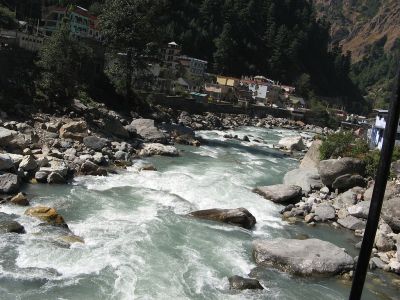 India plans to connect all large rivers. Within the project about 30 big channels will be dug through and 3 thousand dams are constructed, New Scientist reports.

After the project is realized, in India there will be the longest river which will be twice longer than Neil. It will allow to develop waters towards droughty regions of the country.

According to ecologists, the project constitutes danger to the environment. As a result of connection of the rivers the erosion can threaten coastal zones, the serious loss will be also caused to wildlife. Besides, during construction 4100 hectares of the wood will be destroyed. Also the National park the Young lady where tigers live will suffer. Because of construction it will be destroyed the tenth part of the park – about 58 square kilometers.

The idea to connect the rivers in India not new. She has appeared more than 60 years ago. The project provides connection of 14 rivers in the north of the country and 16 in the western, central and southern parts of India. As a result of association of the rivers the uniform network of channels and rivers about 12,5 thousand km long will appear. It is supposed that the project will allow to create 35 million hectares of the arable land and to construct hydroelectric power stations with a general power of 34 GW.