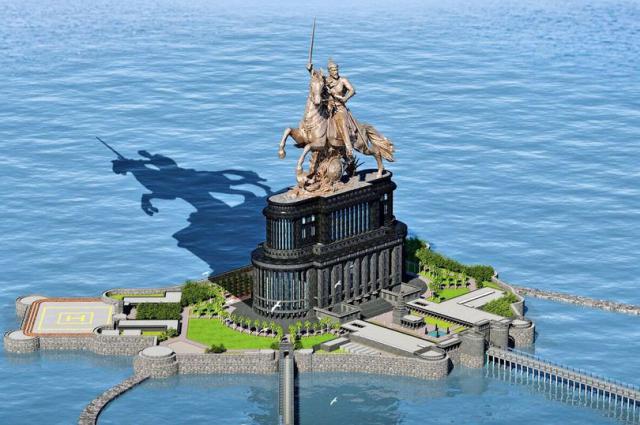 In India, the laying of the first stone in the Foundation of the world’s largest statues. The ceremony was attended by Prime Minister Narendra modi. The statue will be built in honor of the national hero, Chhatrapati Shivaji. Its height will reach 192 meters, which is twice the statue of Liberty.

The project was subjected to public criticism because of its high cost and environmental damage. The erection of the statue will cost about half a billion dollars. The figure of Shivaji on horseback to be built in the sea 4 miles off the coast of Mumbai.

The statue base will cover an area of about 42 acres. Construction completion is scheduled for 2019.

Currently the highest is a statue of Sakyamuni Buddha in Myanmar. Its height is about 130 meters.