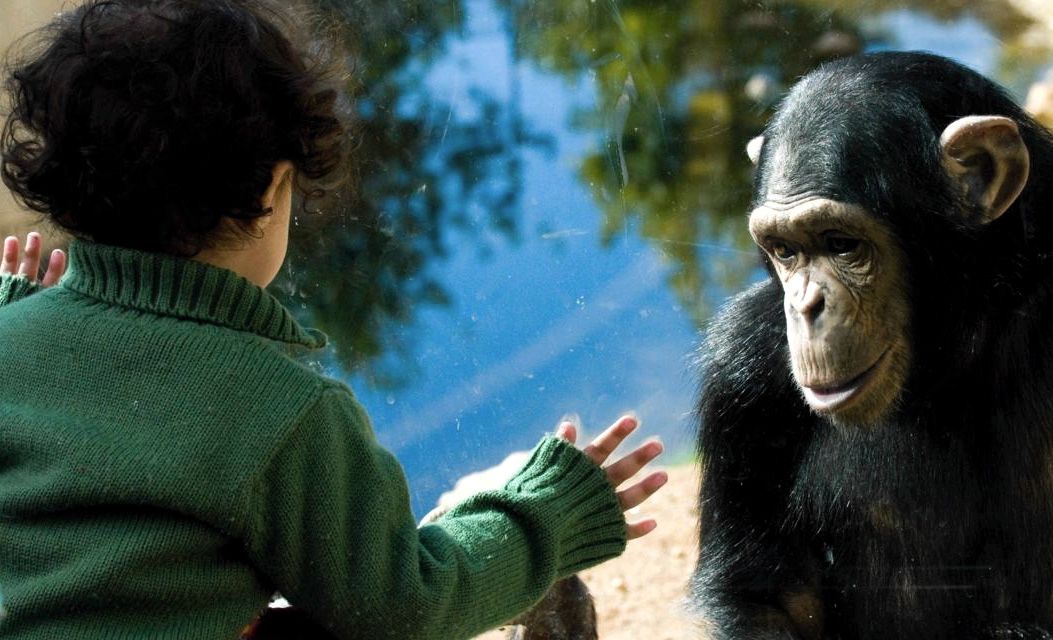 Observations of children of one or two years showed that their sign language almost completely coincides with the gestures that monkeys of all ages use.

At the age of one to two years, still not being able to speak, children actively use a kind of “sign language” that is understandable both for their parents and others. It is possible that this “language” is of an extremely ancient nature: a team of European researchers has shown that practically all gestures of babies are used by chimpanzees. However, there were important exceptions. About this Caterina Hobayter (Catherine Hobaiter) from the Scottish University of St. Andrews and her colleagues write in the journal Animal Cognition.

Human-like monkeys, such as chimpanzees, orangutans and gorillas, who live in natural conditions, actively use gestures for communication. Not so long ago, scientists identified more than 80 “words” of this silent language, compiling the “Great Dictionary of the Great Apes” (Great Ape Dictionary). Now the dictionary has replenished with information about another primacy – a man who was also studied in natural conditions, at home and in the manger, during natural interactions.

In order to exclude the influence of local cultural factors, the studies were conducted in parallel in Germany and in Uganda. The authors emphasize that the methods of observation were used the same as for monkeys. The work showed that little people share with related apes not just individual gestures, but practically all of them in their entirety, and can combine them into small “phrases”.

A total of 52 separate communicative gestures were noted in children, of which 46 (89 percent) were also known for chimpanzees, despite the fact that the two species were divided 5-6 million years ago. However, there are interesting differences. Thus, scientists noted that children are much more likely to use pointing gestures than monkeys, and open-hand waving, apparently, is a movement unique for our species.