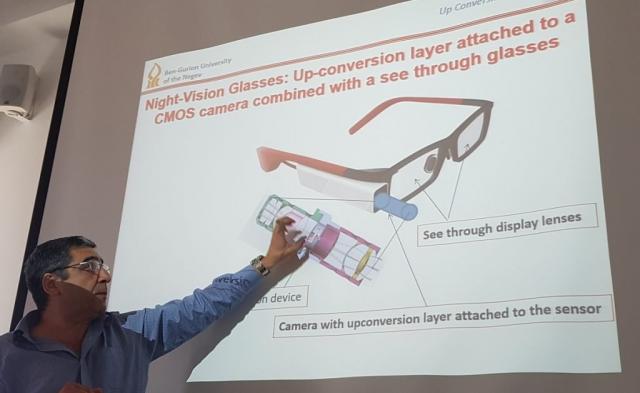 Israeli researchers have developed a film that can replace the night vision goggles used today. The novelty can be applied also in unmanned vehicles and smartphones. The film was created by specialists from the Ben-Gurion University.

It is able to capture infrared radiation with a length of 1500 nm and transform it into a visible image from the back of the human eye. The film thickness is only half a micron.

According to the developers, the film can be placed on ordinary glasses and telescopes. It can also cover simple image sensors, turning them into infrared sensors. Now infrared sensors cost about 3 thousand dollars. Usual image sensors – 1-2 dollars. If a simple sensor is combined with a new film costing about $ 5, the total cost of an infrared sensor is only 7-8 dollars. For its functioning, only a small battery is needed.

Currently, developers are engaged in product licensing and the creation of a start-up, which will engage in its further development. The developers expect that the product will appear on the market for two years.