Infrared light has learned to turn into visible 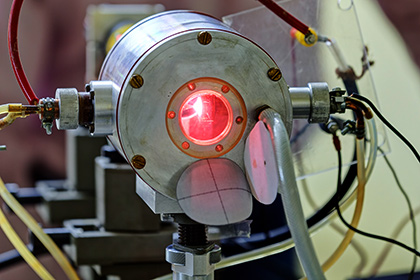 Scientists have developed a compound that is able to convert light in the near-infrared broadband white light. The invention provides a cheap and effective way to obtain visible light. Reported in the journal Science.

Niels Wilhelm Rosemann (Rosemann Nils Wilhelm) and his colleagues have constructed the desired substance from sulfur and tin atoms are arranged in the form diamondoid (polymeric organic molecules where the carbon atoms of the skeleton are linked similarly, as in the fragments of the crystal lattice of the diamond). The material was then coated by organic ligands.

When the laser beam directs in the direction of connection of the infrared light, the structure of matter in the process of nonlinear interaction changes the wavelength, and in the end, the radiation becomes visible to the human eye. The authors note that warm white light is almost not different from the conventional halogen bulb with tungsten filament.

In addition, the received light has a high directivity. This property is particularly valuable for microscopes and similar devices requiring high spatial resolution.