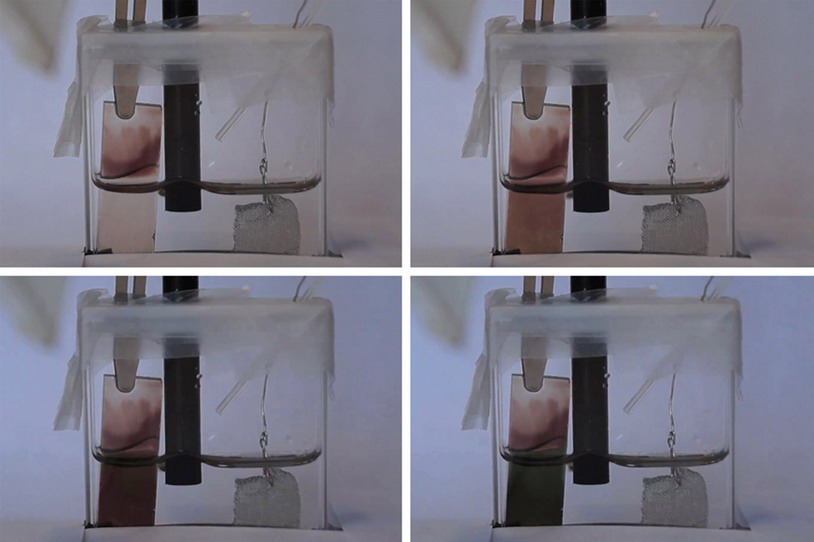 Imagine that the day will come when you will disappear any need for curtains or blinds. Instead of having to close the Windows when the sun light too much, it will be enough just to flick a switch to become completely opaque. A group of researchers from mit have developed a method that could turn this scenario into reality. Their invention uses electrochromic materials that can instantly change the color of the glass from transparent to almost black under the influence of electric current. Of course, this is not the first of the techniques developed for color change Windows, however, according to the researchers, their offspring has a much shorter response time and requires less energy.

Other methods required several minutes to change the transparency of the material, and some were not able to achieve the degree of opacity, which has become possible now. Moreover, there are methods that need constant electrical voltage to the Windows remained opaque. The new method requires electricity only at the time of switching, and the window can be virtually black, even without being connected to a source of energy.

To achieve the almost immediate response, the researchers used a spongy materials, called metal-organic frame structures that conduct as electrons and ions, and at high speed. Electricity is used in order to inform the window negative charge, and positive ions try to neutralize it. This is what causes the effect of changing color and transparency. The inventors have also mixed two different chemicals, coloring window respectively in red and green that when applying gives almost black color.

Lead author of the research paper, a chemistry Professor at the Massachusetts Institute of technology Mircea, Dinca said that this method can contribute to very significant energy savings”, by reducing its costs for air conditioning. “You can just flip a switch when the sun shines directly into the Windows and make them opaque,” he added. The Professor also believes that their invention could lead to the creation of energy efficient smart displays like “e-ink” e-books “Kindle”. Although the authors have proved that their method works well in the laboratory, they have yet to create a real working prototype to attract investors and produce their invention.