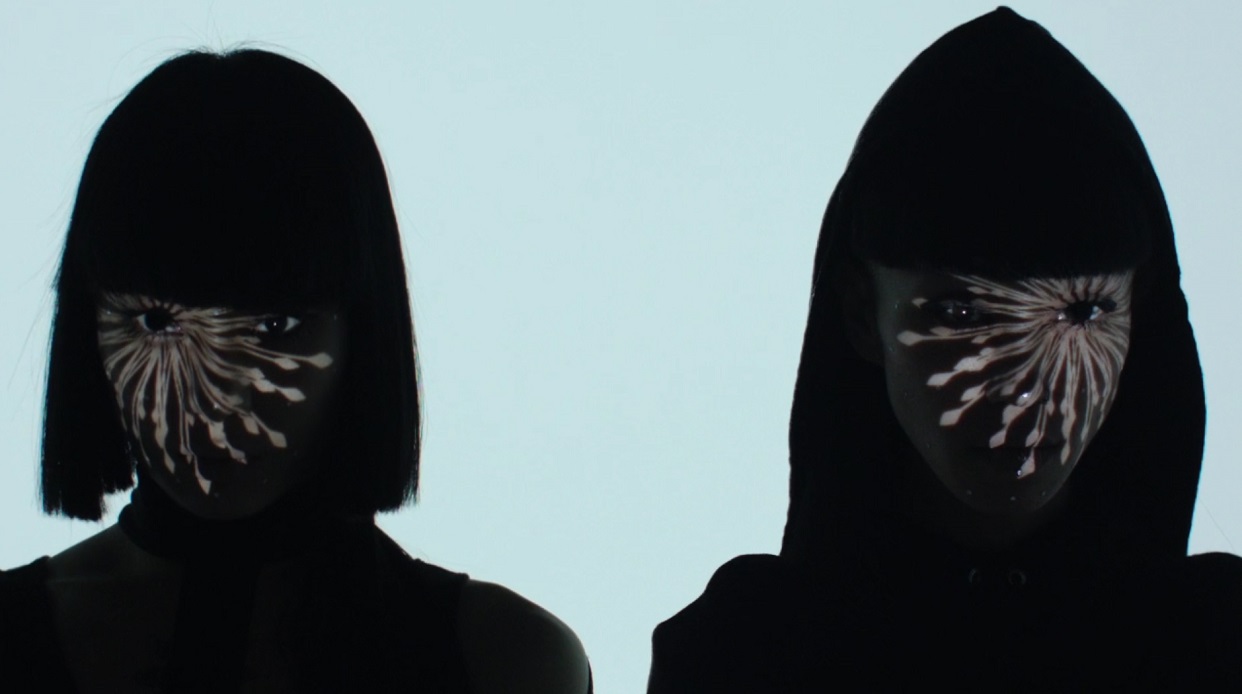 INORI (“Prayer”) is an unusual dance production that uses a projection to change facial features in real time, so that the dancers are constantly appearing in a new light. For a minute the girls change a lot of faces: a bared skull with empty eye sockets suddenly appears on the spot of the face, a claw’s teethy muzzle and a terrible puppet face with a dangling jaw:

According to the Prosthetic Knowledge, the project is a collaboration between artist Nobumichi Asai, WOW Design Studio and Ishikawa Watanabe Laboratory of the University of Tokyo. In the video there is a dance duo Aya Bambi.

The unique projector of the University of Tokyo has created a high-speed projector that projects an image at a rate of 1000 frames per second – which, according to engineers, is the highest speed in the world. Using the projector together with the 3D-mapping system and motion-tracking sensors, the creators of the video were able to change the appearance of the dancers and the aesthetics of the video in real time.