Inscription from the time of Pharaoh Djoser warned of disaster 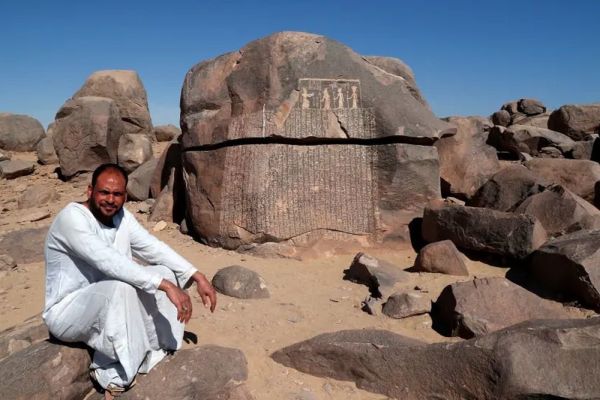 In Egypt, an inscription on granite more than 4000 thousand years ago was considered an alarming warning of modern civilization. It tells about the reign of Pharaoh Djoser, during which Egypt miraculously survived an unprecedented drought.

According to Reuters, the ancient inscription is located on the Sehel island on the Nile, near the city of Aswan in southern Egypt. It is believed that these hieroglyphs are more than 4000 years old. However, already in our time, they have caused serious concern among scientists about the natural cycle of the Nile.

As you know, this mighty river provides 90 percent of all fresh water in Egypt. The Nile has always played an extremely important role in the life of this country. However, the ancient inscription known as the “Stele of Hunger” proves that the river lives in a special cycle.

The text says that during the reign of Pharaoh Djoser, a series of floods occurred, after which a seven-year drought set in, provoking massive famine. There are fears that history may repeat itself.

“The Nile is now not reaching its previous level in the winter and summer periods,” – quoted by the publication of Abdel Hares Mohamed, a resident of Aswan, who rides tourists on a boat on the Nile.

By the way, more than 250 ancient inscriptions on stone slabs have been discovered on Sekhel Island over a century and a half of archaeological research. Most of them were dedicated to the goddess Anuket and the god Khnum. It is interesting that the “Stela of Hunger”, near which a special guard is always on duty, still raises questions about its age.

It really describes the events that took place during the reign of Djoser, the pharaoh from the III dynasty of Ancient Egypt (about 2665-2645 BC). By the way, it is this ruler who is credited with building the very first pyramid.

However, some researchers believe that the “Stela of Hunger” was actually created in the Greco-Roman period, that is, just over 2,000 years ago. In their opinion, the inscription is simply a copy of a later text.