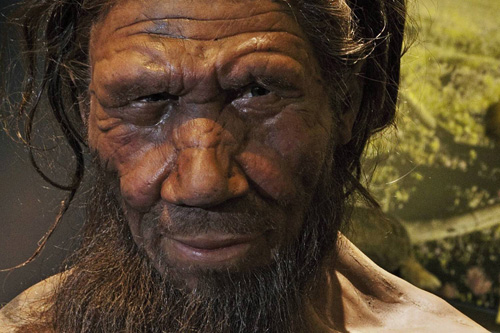 Researchers have figured out what the evolutionary advantages given by the members of the species Homo sapiens interbreeding with Neanderthals and denisovans.

In 2010, geneticists who worked under the leadership of Rasmus Nielsen, found out some details of the gene EPAS1. This gene normalizes the body’s functions in conditions of chronic lack of oxygen. Scientists have found that the people of Tibet are the EPAS1 gene has features (in comparison with people in other corners of the Earth). This version of the EPAS1 helps Tibetans to adapt better to the environment. Initially, Nielsen and his team believed that the gene has evolved under natural conditions. However, later it turned out that he had “borrowed” the ancestors of the Tibetans have of the denisovans – an extinct species/subspecies of humans.

Now Emilia Huerta-Sanchez (Emilia Huerta-Sanchez) and her colleagues decided to find other similar examples of “useful” genes. Were compared the DNA of Neanderthals and the denisovans and samples of genomes contained in the database of the 1000 Genomes project. As it turned out, many Nations around the world received some genes from the ancient people (with the exception of Africans). We are talking about “Neanderthal” and “denisovskoye” versions of the genes, BNC2, POU2F3, HYAL2, SIPA1L2, and others. Some of them are responsible for the color and texture of the skin, others in the brain.

Scientists have found that Asians received genes from Neanderthals that are associated in particular with the growth of the muscles. But the people of Europe got the genes for immunity, hair color, face shape and work fat.

According to the researchers, “borrowed” version of the gene helped the CRO-magnons better adapt to severe cold conditions in Europe and Asia and to compete more effectively with Neanderthals and denisovans.

Previously, other scientists found that people in Southeast Asia and southern China received the largest (in comparison with other people) number of genes from the denisovans. Modern science knows that the Neanderthals made a greater contribution to the genomes of people in East Asia than in the genomes of Europeans.