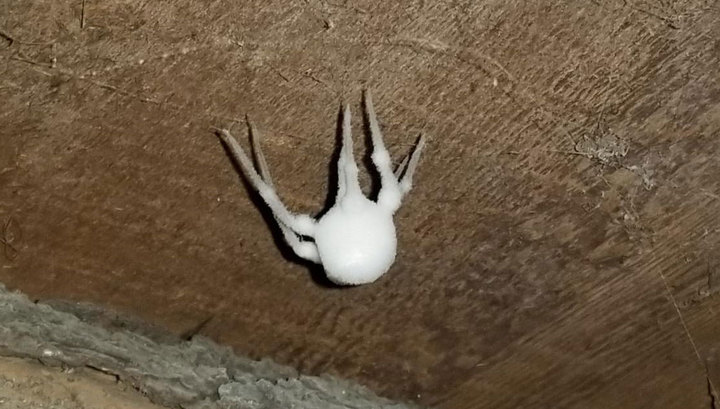 A user of the popular forum Reddit with the nickname iDrinkOxygen has posted a photo of a creepy “snowy” spider, which Internet users have been discussing for several days. However, inquisitive bloggers managed to figure out how the spider became so scary.

It seems that the spider found by the user of Reddit in his basement is covered either with snow, or with cobwebs, or with some kind of mucus.

Strangely enough, such spiders are found not in one basement in the world. One of the forum users sent a video with a similar scary creation, which he found in his cellar.

The answer to the question of what happened to the spider, however, was found later.

As Internet researchers write, we have a spider of the genus Torrubiella infected with a special fungus. When a spider becomes infected with a fungus, it begins to completely cover its body.