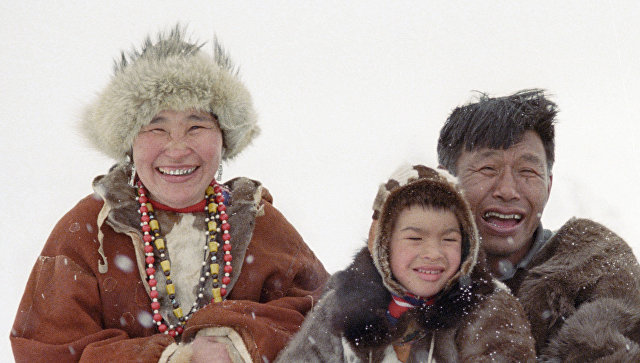 The Canadian geneticists compared intestinal microflora of the regular Canadians and Eskimos living in a polar region and eating one meat and, to their big surprise, didn’t find any distinctions in specific structure and number of microbes.

“We expected to see huge distinctions, considering what we saw in other isolated populations of the people eating a traditional diet. On the other hand, the microflora condition in other communities of Eskimos can be perfect other. We studied only one example, and at a given time, and other researches can give absolutely other picture” — Jesse Shapiro from Montreal (Canada) university tells.

Eskimos, Chukchi and many other northern nationalities, and also residents of Tibet are of huge interest to geneticists as they adapted to life in extreme conditions where people usually don’t drive out of more southern countries. For example, genetic researches of Tibetans helped scientists to allocate genes which inhabitants of these uplands inherited from ancient people – “denisovets” and which helped them to adapt to a lack of oxygen of mountains.

Intestinal microflora of such people eating usually extremely unbalanced diet in which one food product – or vegetable food for many isolated people of Asia and Africa, or exclusively meat and greasy food for Eskimos prevails the Chukchi and other ethnic groups of the North is of separate interest. Despite such diet, all these people have no the problems connected with a lack of vitamins or certain amino acids.

Trying to reveal secrets of Eskimos, Shapiro and his colleagues went to an ekpedition to the village Rezolyyut on Cornwallis Island in the province Nunavut where there lives the tribe of the Canadian Eskimos numbering about 300 people. Two tens Eskimos agreed to participation in experiments of geneticists and handed over tests of microflora which scientists compared to three tens samples of genetic material of the bacteria received from residents of Montreal.

These Eskimos, according to their own stories, eat generally meat of cariboos, seals, other animals and fish, eating rather modest quantities of the food which was purchased in shops in the summer. In the winter they consume exclusively local inventories of food as deliveries of “normal” food completely stop because of freezing of waters of the sea.

Having deciphered a part of a genome of microbes, scientists found out that the specific structure and number of different types of bacteria actually were identical each other and at citizens from Montreal, and inhabitants have villages behind a polar circle. Small distinctions were observed only in the number and specific structure of some groups of bacteria at the Eskimos who are strictly adhering to a traditional diet and the villagers eating vegetable food from a supermarket.

As marks out Shapiro, it was absolutely unexpected opening for his team as microflora of other isolated tribes of the people living in Burkin-Fasso or in a tropical solitude in Venezuela, considerably differed on specific structure and number from genomes of the “civilized” groups of people, next to them.

In his opinion, lack of distinctions in microflora of eksimos and residents of Montreal can be connected with the fact that scientists carried out tests in the summer when residents of the village Rezolyyut consume the maximum quantity of brought in products. In the nearest future geneticists will carry out repeated tests in the winter and will check, whether so it actually.