Iran has built a military catamaran 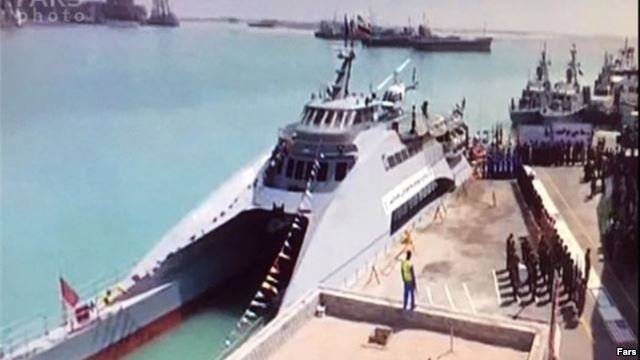 Iran unveiled a new military ship in a catamaran. The official ceremony was held in the port city of Bushehr. The ship, named in honor of the deceased in may of this year, commander of the IRGC Mohammad Nazeri, capable of carrying up to 100 people. The ship has a helipad, which can take civil helicopters.

The length of the ship is 55 meters, width – 14 meters height – 13 meters. It is the largest Iranian ship, whose body is made of aluminum. The cruising range of a catamaran is 10 thousand km vehicle Speed reaches 28 knots (52 km/h).

As stated in his speech, commander of the naval forces of Islamic revolutionary guard Corps, Ali Fadavi, the ship will strengthen the grouping of ships of the Iranian Navy, which will operate in the Persian Gulf. Rear Admiral did not specify what weapons you will have the ship.