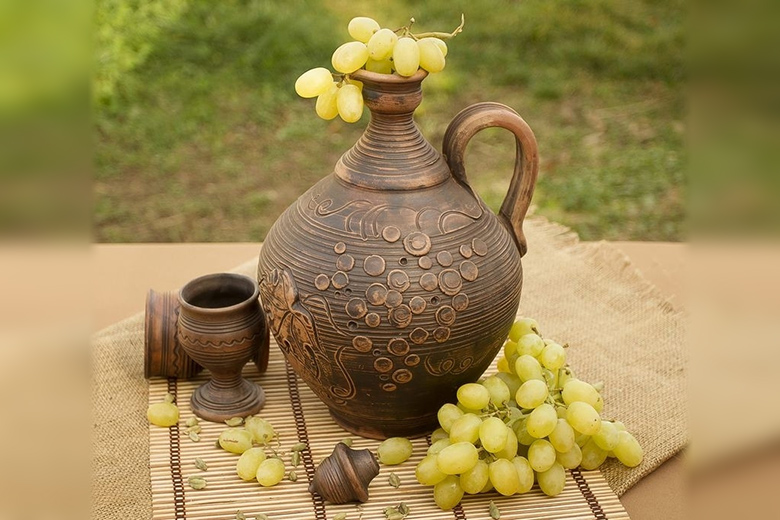 Experts of the American project of biomolecular archeology are studying the composition of the contents of ancient clay vessels. The most ancient wine in the Middle East was found in Iran.

Thanks to the “memory” of the clay, you can find out that we drank in the distant past, because because of the porous structure, clay is best absorbed by the liquid.

Focusing on the research of alcoholic beverages popular in antiquity, scientists on the traces of compounds contained in the liquid, using modern technology, learned what wine, for example, they drank during the Last Supper. Most likely, it was made from sun dried grapes with the addition of fruits and spices – pomegranate, saffron and cinnamon. As researchers found out, wine was loved both in ancient Egypt and in ancient China.

And the most ancient wine in the Middle East, the researchers found in the territory of modern Iran. Traces of beverages preserved clay vessels, whose age is 5400 years BC. Six such nine-liter “bottles” were found in the floor of an early Neolithic house.