Irish fisherman caught the skull of an elk over 10.5 thousand years old 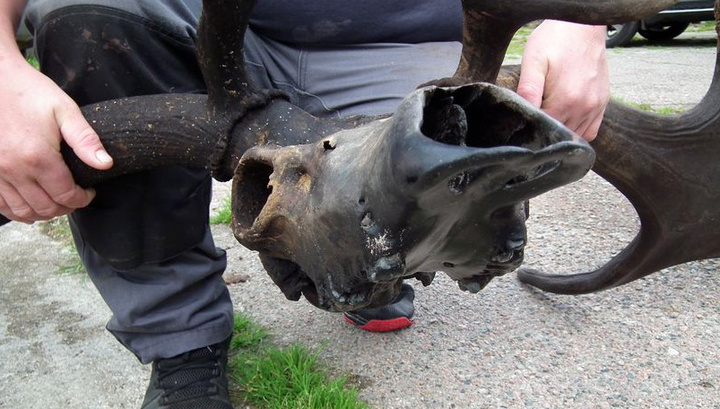 Fisherman Raymond McElroy of Northern Ireland and his friend were fishing in Loch Nye Lake. Checking the network again, the men did not believe their eyes – they caught a well-preserved elk skull with horns. Later, experts found that the find is more than 10.5 thousand years, reports Belfast Live.

According to McElroy, his discovery shocked him – at first he mistook her for a snag, but quickly realized that it was the remains of an animal.

Scientists said that the skull taken by the fisherman belonged to a representative of the ancient species of moose, which died out many thousands of years ago.

Irish moose were the largest deer on the planet. Their extinction could be due to the size of the horns that prevented the animals from moving.

It is interesting that in 2014 the lower jaw of the Irish moose was found in the same lake. According to scientists, McElroy discovered the skull belonged to the same animal.

While the authorities decide what to do with the find, the fish keeps a historical artifact in its garage.