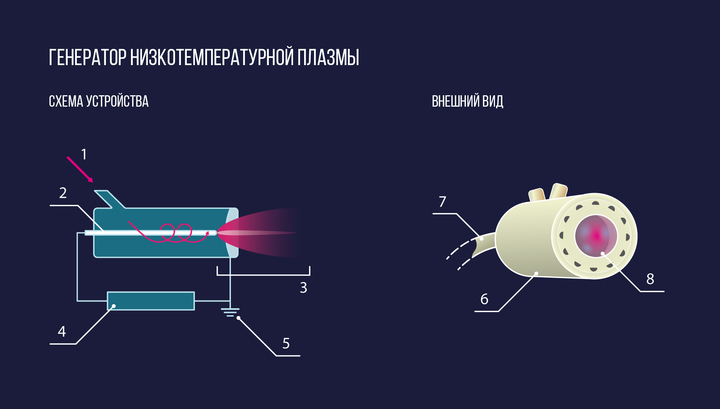 Russian scientists from Moscow Institute of physics and technology (MIPT), joint Institute for high temperatures RAS and Scientific research Institute of epidemiology and Microbiology named after N. F. Gamalei found that the irradiation of cells by cold plasma leads to their regeneration and rejuvenation. This result, researchers believe, can be used in the development of the course of plasma treatment of non-healing wounds.

Scars are a real problem for doctors, as they complicate any, even the most successful treatment. For example, diabetes wounds occur because of a damaged vessel disease, in Oncology and HIV due to suppressed immunity, and in old age the reason is the low rate of cell division. The treatment of these wounds with conventional methods is very difficult, and sometimes impossible.

It turned out that can solve the problem of cold atmospheric pressure plasma. It is a partially ionized gas (fraction of charged particles in the gas is about 1%) with temperature below 100 thousand Kelvin. Its application in biology and medicine made possible since the advent of generators that produce plasma at a temperature of 30-40 °C.

Previously, scientists have already been revealed bactericidal properties of low-temperature plasma and a relatively high resistance of cells and tissues to its effects. The results of plasma treatment of non-healing wounds of a person varied from positive to neutral. According to the results of previous work raised the idea that the healing process using a plasma depends on the method of cell processing (the interval between exposures and the total number of exposures).

The objects of study in this work was the fibroblasts (connective tissue cells) and keratinocytes (cells of epithelial tissue). These are the main types of cells involved in the wound healing process.

Scientists noticed that the irradiation of plasma has not passed in vain: in samples of fibroblasts, treated once (A) and twice (B), the number of cells increased to 42.6% and 32.0%, respectively, compared to the control group of cells not exposed to radiation.

In addition, Russian scientists have found no signs of DNA breaks immediately after treatment with plasma. In this case, the accumulation of cells in active phases of the cell cycle and extension growth phase to 30 hours. That is, the effect of plasma carrying regenerative rather than destructive in nature. 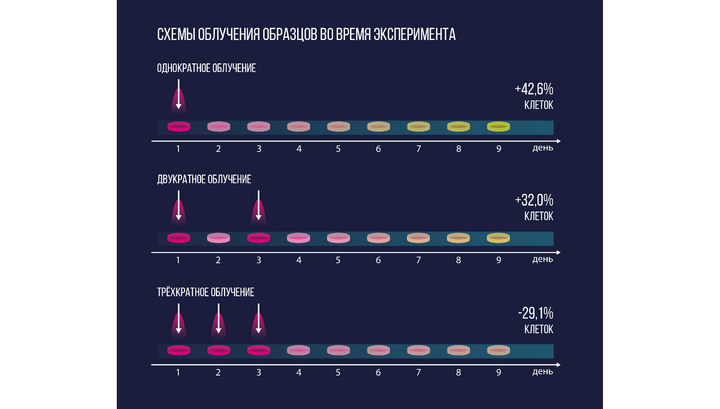 For the group of cells (daily treatment for three days), proliferation (division) of cells decreased 29.1% compared to the control group. The keratinocytes differences in the rate of proliferation was also found, but they were minor.

The researchers then measured the level of senescence-associated β-galactosidase, which is considered one of the markers of aging. With age, the concentration of this enzyme in the cell increases. After treatment, plasma levels of this substance was greatly reduced, which together with extending the growth phase may mean that the cells actually malagelada.

Positive data, we observed after plasma treatment, may be associated with the activation of the mechanism of autophagy of cells. It leads to the fact that cells removed from damaged organelles, which ultimately restarts the metabolic processes in the cell, ” Elena says Petersen, research associate and head of the Laboratory of cellular and molecular technologies of MIPT.

In the future, the authors plan to conduct additional studies to understand the molecular mechanisms of the effects of plasma on cells and explore the efficacy of such treatment based on the age of the patient.