Is an asteroid apocalypse threatening us in the near future? 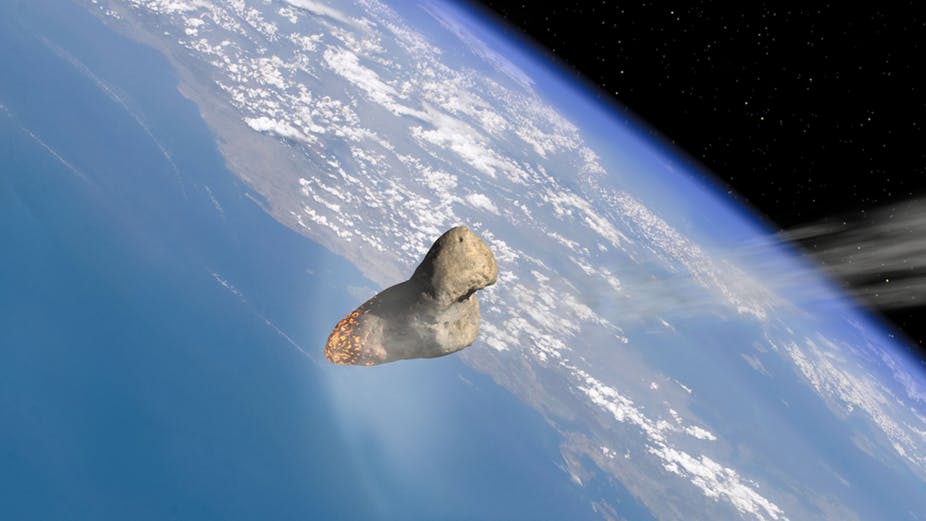 This month near the Earth flew a relatively small asteroid, which was discovered just six days before. It sounds scary, but the fact is that the possible collision of such an object with the Earth is an extremely unlikely event. Every year, more than 50,000 tons of extraterrestrial material (stones and dust) hits our planet. All this comes down in the form of tiny pieces – even if all this fell simultaneously, it would be little more than an asteroid the size of a truck that passed by in January.

But while scientists easily notice large asteroids more than a kilometer across, what risk can smaller asteroids have that would be more difficult to track? Should we worry?

It is widely believed that dinosaurs were destroyed 65 million years ago as a result of the fall of a large asteroid. The consequent changes in the environment-the rapid growth of atmospheric temperature, forest fires worldwide, followed by a sharp drop in temperature and acidification of ocean waters-were a consequence of the size of the asteroid. Most likely, across it was about 10 kilometers.

It is almost three times larger in diameter and about 30 million times heavier than the entire annual stock of asteroids that hit us today.

Five years ago the Earth had a meeting with the object 20 meters across, which exploded over Chelyabinsk in Russia. No one noticed his approach. Stunning shots of the fireball were recorded on the DVRs of people traveling in the morning to work. They were shocked by how the dark February morning lit up with either a rocket or a meteor.

The rock exploded in the atmosphere, and many fragments of the meteorite scattered throughout the territory. The largest piece weighing 600 kilograms was found a few months later in a lake covered with ice. Although many people suffered, most of the injuries were associated with broken glass as a result of an atmospheric shock wave.

Residents of the Chelyabinsk region are lucky – the asteroid fell 30 kilometers above the surface and did not leave the crater. Fortunately, that’s often what happens.

The crater in the collision is formed only if the asteroid is more than 50 meters across. And even if it is 2-3 kilometers wide, it will not be enough to cause global extinction. Of course, in the place of impact serious problems will arise, especially if it is necessary to the populated area.

There are several international observational programs that use automatic telescopes specially designed for mapping all near-Earth objects (NEOs). Among them, asteroids approaching the Sun are closer than 1.3 a. e. – 1 a. e. = distance from the Earth to the Sun. Particular attention is paid to “potentially dangerous objects”, near-Earth objects 150 meters in diameter, whose orbits cross the earth’s orbit.

Fortunately, almost all these objects are located in stable orbits and are not dangerous. Today we can observe asteroids even five meters in diameter. But as the event in Chelyabinsk showed, these objects still manage to slip by the observers. Part of the reason that the Chelyabinsk facility was not noticed is that it entered a very low angle into the atmosphere from the sun. But the main reason is that there are many similar objects, and we observe them not so long ago (about ten years).

Minot Planet Center maintains a database of observations, which at the end of December 2017 there were 17,500 objects. Another 28 objects were discovered this month. Our planet is surrounded by a whole swarm of possible uninvited guests, but we keep them at a distance. 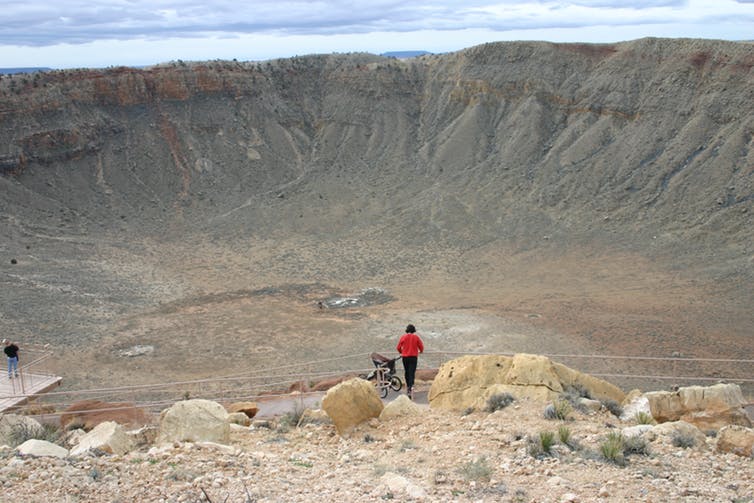 One of the main problems of our civilization is that although we are more effective in discovering NEO, we can not do anything to prevent such a collision with the Earth. NASA is currently developing a DART (Double Asteroid Redirection Test) project to redirect threat posing asteroids on time. A 1.5 meter long spacecraft can crash into an asteroid, for example, Didymos B. Didymos B revolves around Dydimos A. The goal of the project is to change the orbit of Dydimos B around its partner, without changing the orbit of Dydimos A around the sun.

DART will be launched in December 2020, and with the asteroid will be in October 2022. It’s less than five years before we know whether we can protect our planet from a real threat.

To date, although small asteroids may be dangerous, this threat is local and less dangerous than that of large asteroids. Therefore, while there is no need to collect matches and salt in case of an attack of asteroids. 50,000 tons of cosmic material falling on the Earth each year, mostly falls in the form of dust particles less than a millimeter in diameter. They do not represent threats to humanity.