Is depletion of the Earth’s resources connected with overpopulation? 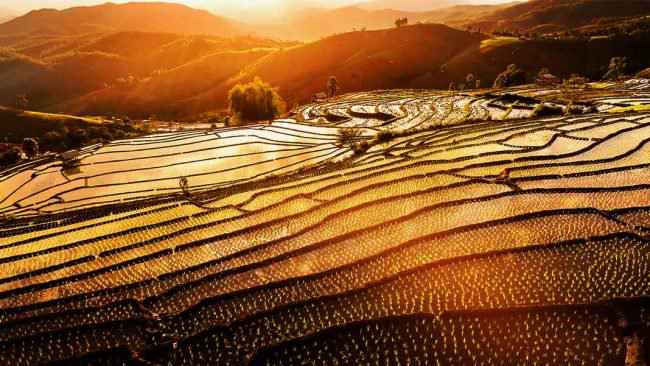 In a recently published work in Nature Sustainability, a team of scientists concluded that the Earth can support, at best, only 7 billion people at the subsistence level (and this June we were already 7.6 billion). Achieving a “high level of satisfaction with life” for all will bring to the limit the biophysical boundaries of the Earth and lead to ecological collapse.

Despite the seeming scientific accuracy of such statements, they are no longer new – that the population and consumption can soon exceed the fixed “capacity” of the Earth, say long and confidently. This concept, apparently, owes its origin to the sea transportation of the 19th century, when they referred to the carrying capacity of steamers. On land, this concept came to an end in the late 19th century, when they began to refer to the maximum number of livestock that could support pasture and pasture ecosystems.

With regard to ecology, this concept is problematic. The cargo does not multiply at will. And the capacity of the ecosystem can not be determined by the engineer’s drawings. Nevertheless, environmental scientists for decades have applied this concept to human societies with the declared accuracy, which contradicts its foggy nature.

Ecologist William Vogt was the first to do this in the 1940s, predicting that excessive use of agricultural land would lead to depletion of the soil, and then to a catastrophe. In the late 1960s – early 70s Paul Ehrlich focused on food production, and the “Club of Rome” – on material resources. Ecologists and activists of modernity pay more attention to the consequences of pollution and destruction of the environment on which people’s welfare depends.

But all of them adhere to a neo-Malthusian view of fertility and human consumption. Echoing the arguments of the Rev. Thomas Robert Malthus of the 18th century, the prophets of environmental destruction promised that in response to an abundance of resources, people would give birth to more children and consume more. As protozoa or fruit flies, we continue to multiply and consume until the resources that allow us to continue growing, will not be exhausted.

In fact, the fertility and consumption of people have nothing in common. Increasing prosperity and modernization lead to a fall, not a rise in the birth rate. As our material conditions improve, we have fewer children, not more. The explosion of the population over the past 200 years was not the result of an increase in fertility rates, but rather a decrease in mortality. With the improvement of public health, nutrition, physical infrastructure and public safety, we live much longer.

Today, in the United States, Europe, Japan, most of Latin America and even in parts of India, fertility rates are below replacement, that is, the average number of children born per woman is less than two. Most of the rest of the world is likely to follow suit in the next few decades. Most demographers predict that the human population will reach a peak, and then it will slowly decline, until the end of the century.

For this reason, today’s warnings about impending ecological collapse are mainly aimed at increasing consumption, rather than population growth. As many today recognize, our social biology may not function as a protozoan, but capitalism can. He can not survive without the infinite growth of material consumption.

Such statements do not have a particularly solid foundation, nor do they provide evidence to the contrary. The long-term trend in market economies was aimed at a slower and less resource-intensive growth. The growth in per capita consumption is dramatically increasing when people move from rural agrarian economies to modern industrial economies. But then it ends. Today, Western Europe and the US are struggling to maintain a 2 percent annual growth.

The composition of prosperous economies is also changing. During the same period, in most developed countries, production was 20 percent or more of production and employment. Today it is only 10 percent, with the vast majority of economic products coming from the sphere of knowledge and services with a much lower level of material and energy indicators.

For decades, every increase in economic growth in developed countries has led to a reduction in consumption of resources and energy. This is because the demand for material goods and services is saturated. Few of us need or want to consume more than 3000 calories per day or live in a house of 1500 square meters. Our appetites for material goods can be great, but they also have a limit.

Nevertheless, it does not follow from this that we will not exceed the capacity of the planet. Some environmental scientists say that we have already exceeded the Earth’s throughput. But this view has no historical confirmation, since it assumes that the Earth’s throughput remains static.

In fact, we have changed our environment so that it more productively satisfies human needs, for tens of thousands of years. We have cleared the forests for meadows and agriculture. We chose and bred animals and plants that were more nutritious, fertile and abundant. 9000 years ago, in order to feed one person, six times more agricultural land was required than today, although we eat very differently. Palaeoarcheological records indicate that our capacity, that is, the ability of our planet to contain and feed people, is not fixed. And it is many orders of magnitude greater than it was when we started our journey on this planet.

There is no reason to believe that we can not continue to increase the carrying capacity of the planet. Nuclear and solar power are clearly capable of providing more energy for a larger number of people without producing a lot of carbon emissions. Modern intensive agricultural systems are also able to meet the dietary needs of many people. A planet with a much larger number of chickens, corn and nuclear energy may show a non-ideal, but it will certainly be able to support more people consuming more resources.

Such a future, however, is anathema to many supporters of planetary limits and at the same time emphasizes their limitations. If one approaches optimistically, a conviction is born that, with the wisdom and ingenuity of humanity, it will flourish. Demanding to limit human society to planetary limits, scientists and “environmentalists” offer humanity a dark future.

To see people in this light is how to liken them to single-celled organisms or insects. Malthus believed that laws aimed at protecting the poor only encourage the poor to reproduce. Ehrlich opposed food aid to poor countries for the same reasons and for brutal control measures. Today calls for observing planetary limits are formulated in redistributive and egalitarian rhetoric, that is, their observance will in no way lead to the emergence of billions of poor people. But they also say little about how social engineering on such an extraordinary scale will be imposed in a democratic or fair way.

Ultimately, it can not be groundless to say that people will consume more if this runs counter to the obvious facts, but also believe that the lack of dialogue about the limitations of our planet will be of use, too, is not worth it.

But the threats of social collapse, based on the belief that the planet’s capacity is fixed, are neither scientific nor just. We are not fruit flies, programmed to reproduce, until the population collapses. We are not cattle, the number of which must be controlled. We need to understand that we are re-making the planet again and again to meet our needs and our dreams. The aspirations of billions of people depend on the continuation of this process.