Is it necessary to be afraid of GMOs 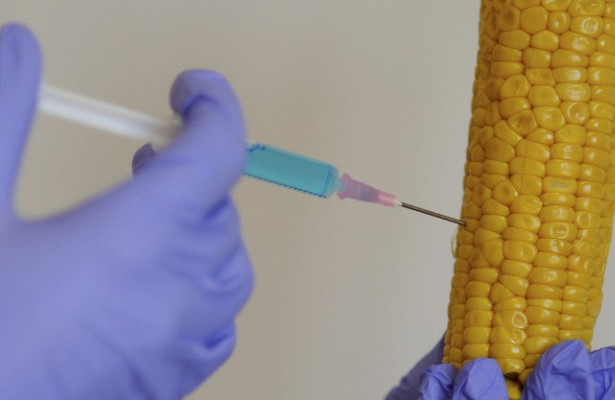 Genetically modified organisms (GMOs) have become firmly established in our lives. They are widely used in medicine: with the help of artificially altered genes, scientists are trying to treat oncological diseases and hemophilia. Gene-modified are many vaccines, enzymes, hormones, antibodies, as well as insulin.

But GMOs are most active in agriculture. Using this technology, scientists change the DNA of a plant or animal so as to increase yield, disease resistance, content of nutrients and taste.

How does the genetic modification of the body?

Schematically it looks like this: a separate gene is taken, which is responsible for the desired property of the organism. With the help of enzymes it is placed in the so-called. vector – usually it is a nucleic acid molecule. The vector is transferred to the organism to be modified. Then unsuccessful modifications are rejected, and successful ones go into production.

It would seem that there is such a thing? And yet, around GMO has already formed a whole heap of legends and horror stories. Critics of technology argue that by consuming foods grown with the help of gene modification, we run the risk of getting cancer, becoming infertile, stupefying, becoming obese and even mutating. Let’s try to figure out if it’s all true.

American scientists sing GMOs in the scientific and popular press. Some of the advances in technology are really impressive. Genetic editing allowed the creation of pigs resistant to African swine plague, and wheat, which easily tolerates drought. The use of drought-resistant corn has made it possible to partially solve the problem of hunger in Africa.

In the fields planted with GM plants, 37% less fertilizers are used. Their average yield is higher than that of traditional crops, by 22%. The incomes of farmers using GM crops increased by 68%.

Among the fruits of GMO are sweet pink pineapples, rich in lycopene, reducing the risk of prostate cancer, “golden” rice, saturated with beta-carotene, and black tomatoes containing anthocyanins – substances that reduce the risk of cancer and diabetes.

And what’s so scary about editing genes? People are engaged in this throughout their history, – say the defenders of GMOs. All the great breeders-and Michurin, who grew apples, and Orlov, who bred trotters, did the same, in fact. They changed the genes of plants and animals, crossing among themselves the right individuals and bringing out the right breeds and varieties. Just before this process was stretched for decades. And now it is carried out “in vitro” for a few months.

To all this, the opponents of GMOs have a simple objection. Traditionally, mutations of animals and plants took place in real time. Noticing an undesirable deviation, the breeders rejected a substandard specimen. So, for millennia, the yield, disease resistance and taste qualities of agricultural products gradually and safely increased.

Mutations “in vitro” go swiftly. By “ordering” some one property in a future plant or animal, scientists simply can not assess what side effects this mutation can bring with them. Without passing the test of time, genetically modified seeds and individuals begin to be used extensively in agriculture. Statisticians do not have time to trace all the problems that can arise in GM crops.

The widespread use of GMOs began only twenty years ago. And so far we have no reliable data on whether they are capable of harming a person, or not. Proven examples of the fact that genetically modified products caused any mutations in consuming people yet. However, there are also no guarantees that they will not show up later, maybe already in the representatives of the following generations.

Manure by Monsanto, or Europe VS USA

For decades, European scientists have opposed the use of GMOs in agriculture, publishing hundreds of works on the fact that genetically modified corn can cause cancer, and GM tomatoes are allergic. But here there is an interesting intrigue.

The fact is that corporations that produce GMOs, for the most part, are American. Their GM crops they often make sterile – unable to reproduce. This is done in order to bind the consumer. Having bought once GM-wheat and suitable fertilizers, the farmer will not be able to use it for seeds in the next year, but will have to again buy from the corporation. Further, the corporation monopolizes the market and can assign any price to its goods. Gradually, these giant TNCs producing GMOs will be able to take control of all the agriculture of the Earth in general.

Therefore, while fighting GMOs, the governments of Europe primarily protect their food security. Hence the rallies of the Greens, the noisy Greenpeace shares and the splendidly directed protests of farmers who regularly throw dung on the streets in protest against the American corporation Monsanto, the world’s hated GMO producer.

The curiosity of this situation lies in the fact that Europe has its own powerful GMO producers – the German FAC and Bauer, which, as we understand, nobody criticizes in the EU.

Many non-European countries are also fighting against American corporations. In Brazil, China, India, Russia, the cultivation of genetically modified plants and animals is either expressly prohibited or severely restricted. At the same time, in these countries, their own research in the field of GMO technologies is encouraged.

The conclusion from all this is quite simple: if GM technologies are really capable of changing the properties of certain goods, improving their consumer qualities and at the same time reducing the costs of producers, GMOs will be produced under any conditions and any state rhetoric.

Where to go to a simple consumer who wants to eat delicious, safe and preferably not very expensive?

Until it is proven that the altered genes of human-consumed products are able to affect its own genome, it is impossible to hear a definitive answer to this question. Simple scientific logic speaks in favor of the fact that this is impossible by definition. However, the opponents of GMOs are not in a hurry to accept this as an axiom, insisting on their own way of thinking.

Since there is no point in this issue, all GMOs doubting safety should have to protect themselves from consumption of modified products. First of all, there are no other ways to calm down your own nerves.

Here are some tips on how to behave to everyone who does not believe in the safety of GMOs:

First, in this case it is advisable to give preference to domestic products. Russian farmers and large farms use GMOs very rarely. Secondly, you should carefully look at the labels – among the allowed GM crops in Russia there are several varieties of potatoes, corn, soy. Information about this should be on the package. To take or not the goods in which GMO supplements are present is a private matter for each consumer. Thirdly, if there is no possibility to abandon a doubtful purchase, or buy a Russian one, from imported products one should choose those produced not in the USA or Canada, but in Europe – the local authorities strictly monitor the absence of GMOs in them. Fourth, do not believe in advertising tricks. Do not rush to buy salt or mineral water, just because the package says: “Does not contain GMOs!” In no salt or mineral water, there can not be any GMOs by definition – they are purely mineral substances in which there are simply no genes.

But if “Without GMO!” Is written on sausage, this information should be checked in more detail. Most sausages contain soy, the vast majority of which are genetically modified. So here again you must carefully read the label and ask the seller about the composition.

Let us recall once again that all these recommendations concern only those who for some reason believe in the danger of GMOs, while in fact the ability of the modified genes of consumed products to change the genome of the person consuming them has not been proven.

Many horror stories about GMOs have long been debunked. Clearly, they do not threaten us with infertility. Yes, many GM plants are sterile, but there are also many such plants in nature – for example, bananas and grapes without pits.

But man, fortunately, does not copy the DNA of what he eats. Having eaten a fruitless fruit, we will not become barren, just like eating an egg, we will not start to sweep.

Do not blame the GMO and in its allergy – it is often caused by fertilizers, which processed fruits and vegetables, or preservatives, with which sellers try to keep a beautiful fruit.

A lot of noise was done in due time by the French scientist Gilles-Eric Séralini, who fed the experimental rats with Monsanto products and registered a sharp increase in the number of cancer tumors. The company did everything to disavow its results. However, Seralini sued, defending his scientific reputation, and so far all the courts have won.

Colleagues-scientists doubted the results of Seralini. They believe that for their experiments, he chose that breed of rats whose tumors develop naturally. This does not make it possible to consider his experiments as completely reliable. As we said above, the hysteria around GMOs is quite deliberately provoked by the EU authorities.

In general, the main thing is not to panic ahead of time. Too recently we have been consuming GMOs so that we can draw some conclusions about their real impact on humans.