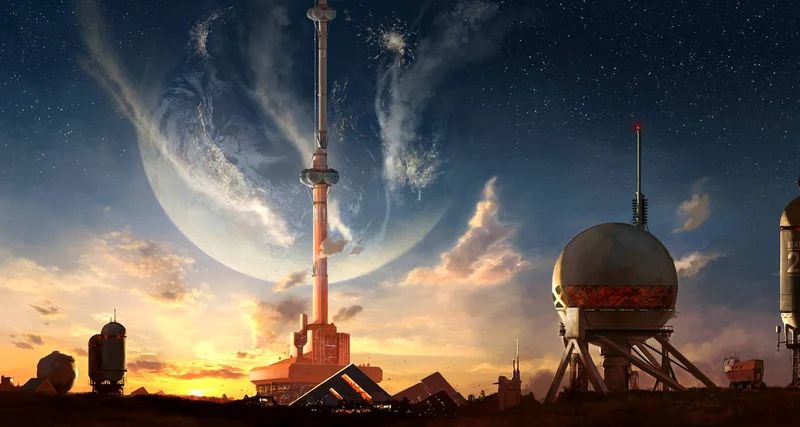 Space elevator technology is described in many science fiction books and films. How effective is this method of delivering cargo to orbit in reality? And is it possible to build this structure?

Today, space travel costs millions of dollars. To make them cheaper, humanity is making a lot of efforts. How about a space elevator?

For example, the novels of Arthur Clarke “Fountains of Paradise” and “The Last Theorem” are devoted to the space elevator. There, this facility is described as the most efficient and cheapest way of delivering cargo into orbit. But how feasible is such a technology in reality?

The idea of ​​a space elevator was expressed back in 1895 by Konstantin Tsiolkovsky, but the Soviet engineer Yuri Artsutanov developed this idea. According to the idea, the space elevator should be a cable or cables that connect the surface of the Earth to the orbital station. These cables can be used to launch a cabin with people or cargo. It will be similar to the principle of operation of ski lifts, only the cabin will move straight up.

But this technology has several problems. The main one is the need for high tensile strength of cables, combined with low density. According to the researchers, carbon nanotubes may have the required characteristics. However, no one has yet succeeded in creating a material based on them of the required thickness and length.

One end of such a tether should be attached to the ground and the other to a counterweight in geostationary orbit. An asteroid or space station can be used as a counterweight. If such a grandiose structure can be created, it will be able to provide a fairly cheap delivery of goods and people into space. However, the cost of building a space elevator will be huge, so it will take a long time to get it back.

Do not forget that parts of the space elevator will wear out over time and may require repairs. Therefore, the question of the economic benefits of this “superstructure” is highly controversial. Much greater hope for a reduction in the cost of space transportation today is pinned on rockets with a nuclear heat engine. With new safe technology, this type of missile may soon become a reality.