Is it possible to drown in quicksand? 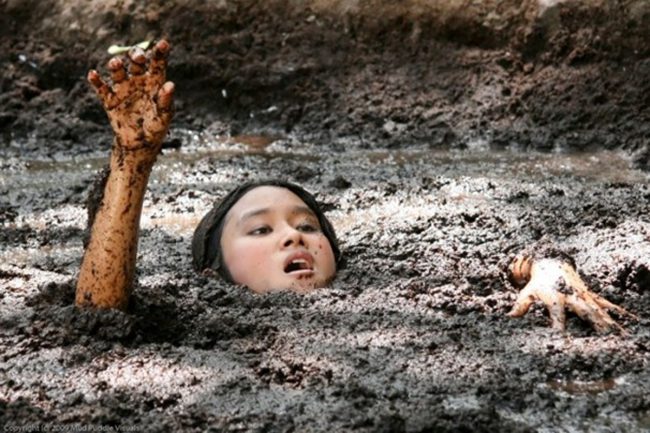 In the movie, often there are scenes in which the hero finds himself in quicksand and trying to get out. However, the more effort the person applies for his release, the deeper into the sand, and then completely drowning in it. Could it happen in reality? It turns out that there is no evidence that efforts to speed up the release of dip in quicksand.

Usually quicksand is made up of particles, the friction between them is reduced, so standing on a surface, usually bogged down. But is it possible to take into this trap?

Daniel Bonn from the University of Amsterdam analyzed the shifting sand, which is found in Iran. Understanding the properties of sand particles, Bonn assembled a laboratory bench with a tank containing the likeness of shifting sand. The scientist put on the surface of the sand, aluminum balls, and then began to shake stand, imitating the motion of a man trying to get out.

Balls only go a little further in the sand, but at some point the dip stopped — how much Bonn or shaking the stand, the ball disappeared under the surface of the sand.

Why, in spite of the physical experiments, there are cases when people died, caught in quicksand? For example, in 2012 the mother of two children drowned, stuck in a trap while on vacation in Antigua.

The reason for this is that the feet stuck in the quicksand, you are a long time can not escape. During this time, a surge may occur in waters which really can drown. Here in this case is quicksand really dangerous.

The good news is that you can hardly immerse yourself in quicksand. However, to get yourself you, too, will not work. As shown by the experiments of Bonn, only to pull out of quicksand one leg, you have to exert the force of 100 000 N is enough to raise above the ground a car.

If you ever get stuck in quicksand, don’t despair. In this case, researchers are advised to lie on your back and stretch your hands. In this position you evenly distribute your weight across the surface of the sand, and soon will completely appear on the surface. At least so says the theory…