Is it possible to immerse a person in suspended animation?

You may not have known this, but bears are far from the only animals that can hibernate. Different types of squirrels, bats, and even some birds can also lower their body temperature by immersing themselves in a dormant state for weeks or even months. It is possible that someday people will join them. At least, according to NASA engineers, there is not a single reason why this would not be possible. The interest of space agency researchers in this topic is explained very simply – prolonged hibernation, like in some animals, can help future astronauts travel long distances, such as traveling to Mars. However, the immersion of a person in suspended animation – a temporary slowdown or termination of vital processes in the body – can be a real breakthrough in medicine, as it will allow doctors to bring seriously wounded patients into a state of suspended animation. This will help to gain time for the operation and as a result will help save many lives. But even despite the fact that scientists do not consider introducing a person into suspended animation impossible, they still have to figure out how to do it. But how?

Anabiosis is a temporary slowdown or cessation of all body functions that occurs under the influence of external or internal factors. Many plants and animals are able to enter a state of suspended animation.

Why do we need suspended animation?
There are not so few animals in the world – usually mammals – that hibernate for a long time to survive the harsh winter. This becomes possible as animals slow down their heart rate to a few beats per minute. In this state, they do not need water and food, and fat reserves help them survive for several months. In addition to bears, rodents and even a couple of primates, including the thick-tailed dwarf lemur from Madagascar, do not neglect this opportunity. You must admit that we are not so far from the primates on the family tree, so if they could, it would probably work out with us.

Flight to Mars takes from 6 to 9 months. Scientists suggest that this time is better spent in a dream

In fact, medicine has already achieved some success in this area. So, thanks to a special technology – therapeutic hypothermia – which lowers body temperature by several degrees to increase the chances of surviving heart attacks and strokes. To lower body temperature, doctors use and even tried to inject chilled saline into the blood. The fact is that at a low temperature a person’s metabolism slows down and he falls into an unconscious state. However, the task is that the patient does not die during the procedure, and there is a very fine line between the unconscious state and death. Read more about how doctors for the first time in history managed to bring a person into a state of suspended animation, read in a fascinating article by my colleague Vladimir Kuznetsov. 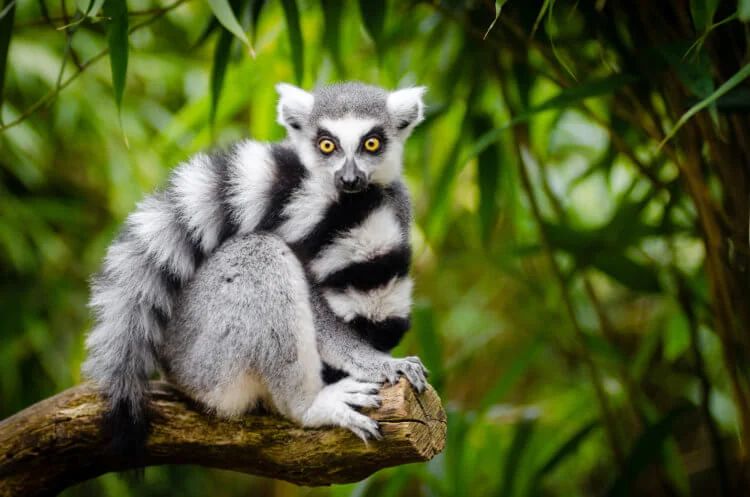 Who would have thought that these amazing primates could hibernate?

However, according to The Atlantic, the results were quite surprising: people were numb for up to 14 days, going through several cycles. The therapeutic use of this condition is still under investigation. In the future, this will help to find out if it is useful for patients with cardiovascular diseases and even advanced diseases (cancer). Scientists also intend to find out if there are any side effects or complications after this procedure, but so far no long-term problems have been found.

For this reason, a few years ago, SpaceWorks Enterprises presented a report to NASA on how therapeutic hypothermia can be used for extended space missions within the solar system. Let me remind you that according to experts, a trip to Mars will take about 6-9 months. Throughout this time, precious air, water and food will be consumed. And in a state of suspended animation, SpaceWorks estimates that the crew will reduce the metabolic rate by 50% -70%. The lower the metabolic rate, the less resources are consumed. This means that the cargo that needs to be sent to Mars will also be less. In addition, astronauts will not need to move around, so they can be immersed in small and comfortable capsules for the duration of the trip. Just like in science fiction films about space.

However, the immersion of astronauts in suspended animation is not the only and not the main problem of space travel. We know that weightlessness has a negative effect on the body, leading to bone loss and muscle atrophy. To avoid this, astronauts and astronauts do physical exercises daily for several hours a day, as this allows them to withstand the negative effects of reduced gravity. Another, and perhaps the main problem of future space travelers is space radiation. Its effect on the body – in particular on the brain – has the most devastating effect on health. Read more about this in one of our materials, which is devoted to the problems of space exploration. But is it possible to immerse a person in prolonged suspended animation – for years or even centuries? 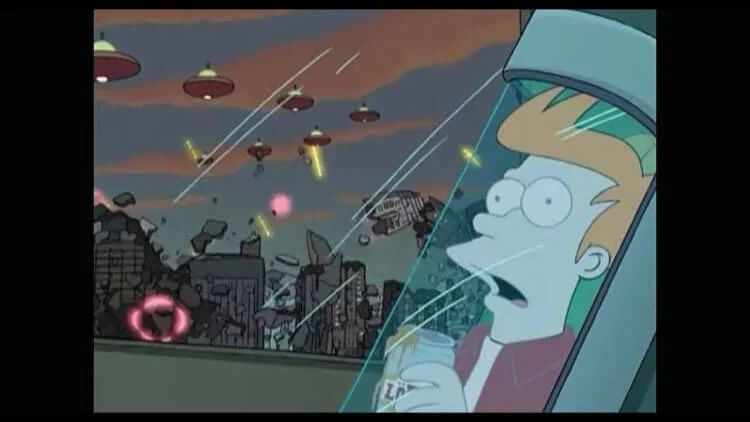 A pizza delivery man named Fry woke up a thousand years later. And if you have not watched Futurama, I highly recommend

Despite the ease with which the main character of the animated series “Futurama” ended up in 3000, once in a cryogenic chamber, we do not have at our disposal technologies that would allow us to maintain the vital functions of the body for so long. We know that microbes can stay frozen for hundreds of years. Moreover, not only ancient microbes, but also viruses and even plants awaken from the thawing permafrost. However, we, like our ancestors, are not capable of something like that. This is because when we freeze, ice crystals form in our cells that destroy them. True, there is a whole line of research that gives hope, it is called cryogenics. During this procedure, human body fluids are replaced with antifreeze, which does not have a destructive effect on body cells.

So, scientists managed to freeze and then freeze 50 milliliters (almost a quarter cup) of human tissue without any damage. In the next few years, we are likely to see how this technology develops into the preservation of organs for transplantation and, ultimately, whole bodies, and maybe even living people. In this case, all sci-fi ideas can turn into reality.