Is it possible to prove the existence of God scientifically?

Many people believe that our world, nature, man, the universe — all of this points to a divine Creator who created it all. As far as we know, Earth exists with a lot of conditions that are ideal for our existence, and no other world can not with her in this match.

Look at other worlds — the differences are striking. 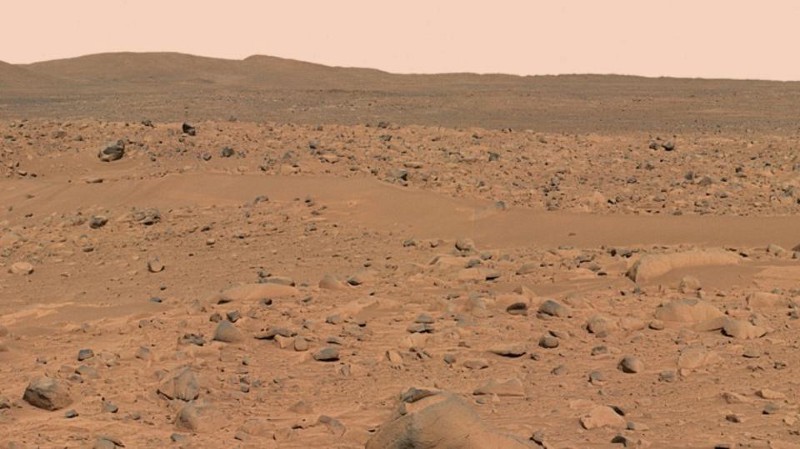 Often said that the mere appearance of the Earth itself, it is unlikely that such a planet with such conditions, which led to our appearance, statistically impossible, even if we consider all the stars and galaxies in the Universe. The emergence of intelligent life is so bizarre unexpected when you consider all the factors that had to occur in a specific order that our universe had to be designed specifically to give us life. Otherwise, the chances of our appearance was to be so small that it is unlikely this could happen by accident.

For many people this argument very convincing. But it’s important to ask yourself three questions to make sure we’re honest approach to this argument. We will ask them one at a time.

What are the conditions necessary for the emergence of life from a scientific point of view? 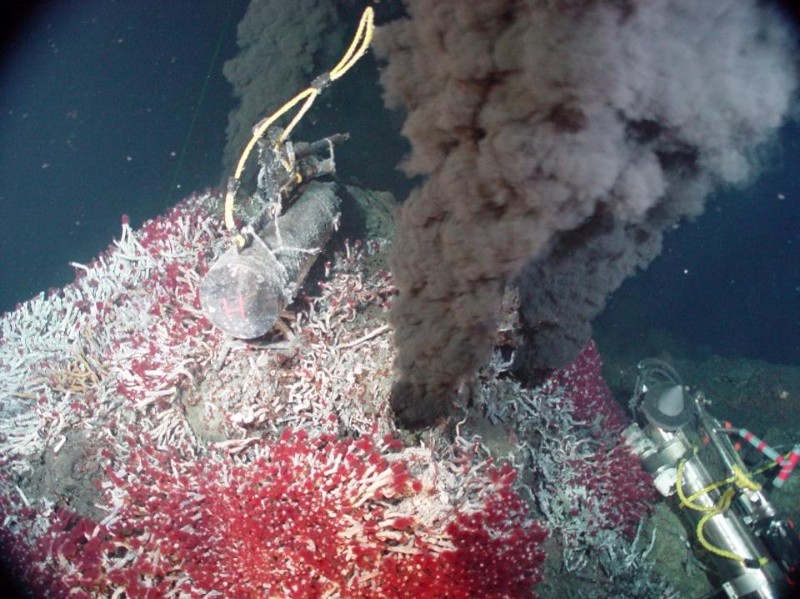 In other words, here on Earth, it was the same scenario, but this scenario is necessary for known life and what happens in its absence, and can also happen anywhere else?

The conditions that we listed above are based on the assumption that all life in the Universe must be like us in the sense that it will be based on the same chemistry of atoms and molecules, lacking in liquid water and remain in a non-toxic environment. Only one of these criteria we already know about the existence of billions of planets in our galaxy, which correspond to them.

Our study of exoplanets — worlds around stars beyond our own — have shown that there are many solid planets that rotate at the right distance from their Central stars that their surfaces had liquid water, maybe even the atmosphere is similar to ours. Our technical capabilities are constantly improving, and soon we will be able to verify this for sure. This will help us space telescope James Webb. 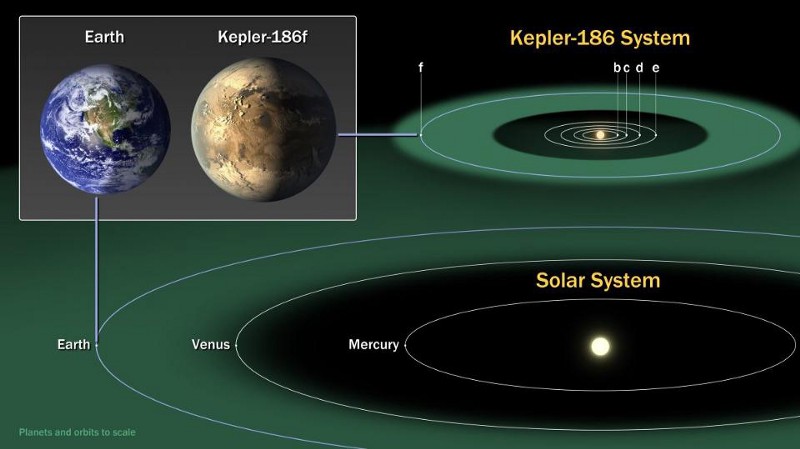 But isn’t there other parameters about which we should worry? What if we were too close to the center of the galaxy, then the abundance of the supernova fried the planet and sterilized it? What if we didn’t have Jupiter, who protected us from the asteroid belt, the abundance of asteroids could wipe out all life, trying to survive? How about the fact that the universe is relatively young, and we are already here? Many stars will live trillions of years, but we only have a billion or two, before the Sun becomes hot enough to boil the oceans. When the universe was too young, was not enough heavy elements. We could appear just at the right time not only to get hold of their place in the Universe, but also to attest to the existence of other galaxies before dark energy will drive them away.

But all these questions are answered: probably not. If we were closer to the center of the galaxy, the formation rate and supernova would have been higher. But, hence, heavy elements would be created faster, thus giving an early opportunity for the development of life. Here, on the outskirts, we had to wait longer. As regards sterilization of the planet, you need to be very close to a supernova for that to happen — much closer than normal stars located close to the center of the galaxy. Even if we were directly in the path of a beam of gamma rays, it will probably be sterilized only half the world because it does not last long.

The atmosphere of the world will not fully deflated, deep ocean water will be intact, but complex life will have a way to return. After life settles in-the-world “beneath the skin”, as some say biology, it is very difficult to destroy completely.

The same applies to asteroids. Yes, the solar system no planet like Jupiter more asteroids, but without this planet and the orbit of the asteroid will remain intact. What else will throw them into the inner solar system? Would that make extinction more rare or frequent? Even if collisions will be more if it is a complex (intelligent) life less probable, or an increase of the extinction events, by contrast, will make it more diverse? These arguments are not so strong. But even if we consider them, we have quite a lot of worlds — from tens-hundreds of millions — which meet the criteria in our galaxy.

Finally, we got there relatively early, but the ingredients for stars and solar systems like ours exist in large numbers in galaxies many billions of years before the formation of our solar system. We can even find potentially habitable worlds where life could be 7-9 billion years. So we definitely can not be the first. Conditions necessary for the emergence of life, as far as we can measure, exist throughout the galaxy, and therefore throughout the Universe.
How rare or common are these conditions across the Universe?

Widely known for the Drake equation and his optimistic assessment does not help scientists. This equation is used to estimate the number of intelligent civilizations in our galaxy.

At best we can tell — extrapolating already discovered to have not learned in our galaxy can be from 1 to 10 trillion planets that rotate around stars, of which 40-80 billion are candidates has all these qualities:

Believe it or not, but these heavy elements — assembled into complex molecules — are an inevitable by this point in the Universe. Enough stars lived and died so that all elements of the periodic table existed in a sufficiently high grades throughout the galaxy. But will they be able to gather right? Let’s look at the heart of our galaxy, in the molecular cloud Sagittarius B. In addition to water, sugars, benzene rings and other organic molecules we can find and more challenging.

Like ethyl ether, formic acid and n-proprtioned, the first of which is responsible for the smell of raspberries. The most complicated molecule in a molecular cloud, protoplanetary disk and stellar outflow, to which we can reach and measure. Thus, in our galaxy there are billions of chances, and the likelihood of intelligent life is not just inevitable — it will be guaranteed.

But first we need to make a living from the inanimate. That’s a big feat, which is one of the biggest mysteries for scientists in all disciplines: the problem of abiogenesis. At some point it occurred to us, perhaps in space or in the ocean, in the atmosphere or anywhere else, but it happened. So far we have not managed to repeat this feat in the laboratory. So there is no way to tell how likely it is to create a living from the inanimate, although we try very hard. Perhaps this is 10-25% of suitable planets that already amount to 20 billion planets in our galaxy. This is our most optimistic estimate.

But she may be less optimistic. Whether there was life on Earth likely? In other words, if we performed a chemical experiment on the formation of our Solar system over and over again, how likely is it there would be life? Hundreds, thousands, or millions of times? Even if the chance is one in a million, if you take 40 billion planets with the right temperature will be at least 40 000 planets in our galaxy alone with life on them. 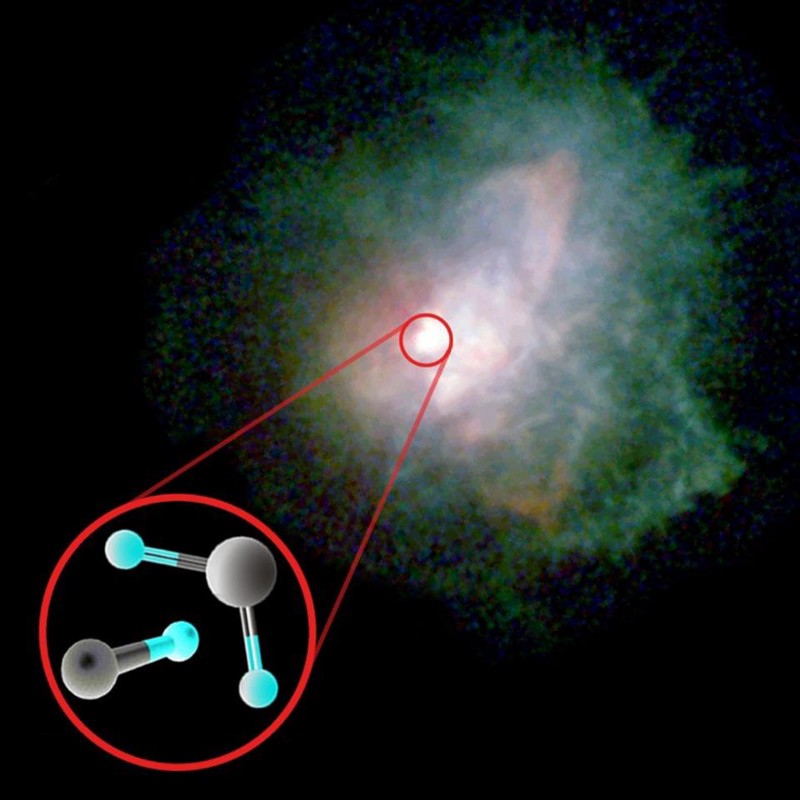 But we’re looking for something else. We are looking for large, specialized, multicellular, use of beings. And since according to these indicators, we have a lot of intelligent animals, we are interested in a particular type of intelligence. In particular, this type of intelligence with which we can talk, despite the huge distances between the stars. How can it be extended? To go from the first replicating organic molecules to man, need billions of years, approximately one temperature, the proper evolutionary steps and a lot of luck. What are the chances that this happens? One in a hundred? Possible. At least one of the one hundred planet may not be able to maintain constant temperatures, avoid 100% serious accidents and teach your life to use the tools.

But the chance may be lower, we are not so much an inevitable consequence of evolution, many an accident. Even the chance of one in a million may be too optimistic to humanlike animals appeared on Earth with the necessary ingredients for life. It may take billions of planets like ours, that a man appeared at least once.

If you take a thoroughly optimistic view of our optimistic estimates, at least 200 million worlds in our galaxy could respond to our signals. But if you take a pessimistic assessment, there is a chance of one to 25 000 that in our galaxy there is at least one such civilization. In other words, life is possible, but intelligent life is not. It is also true that we don’t know much and can not say with a fair degree of certainty.

If we don’t find life in the places and conditions in which we expect to find, whether it proves the existence of God?

Of course there are people who say that Yes, it does … But as for me, this is not the best approach.

Not that I was a believer, but I have respect for people of faith. Science is great because it is accessible to anyone who wishes to explore the Universe and learn about it all more. Why belief in God should require of science a specific answer to the question we don’t know the answer? Is faith will be shaken if on another planet will have the same chemistry and the same form of life on our own? Whether it’s something like a spiritual triumph, if we search the galaxy and don’t find other intelligent species? 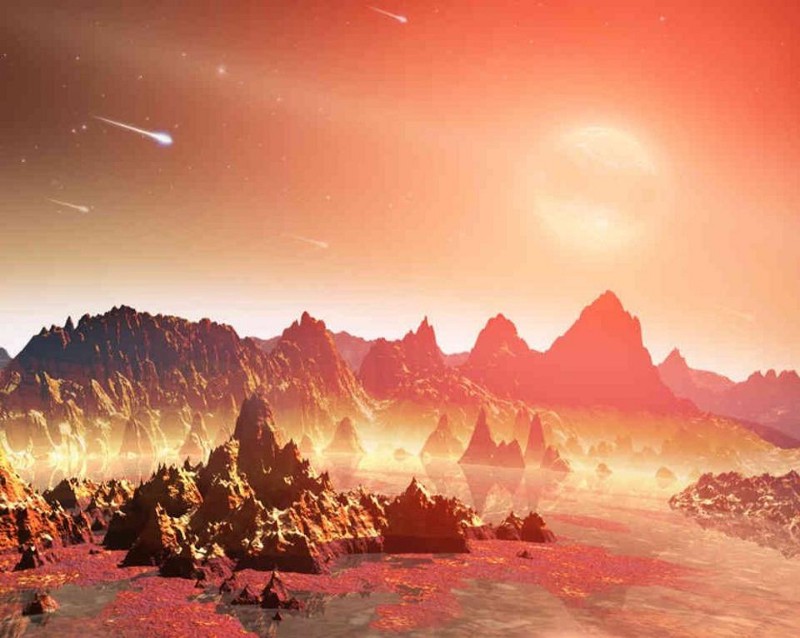 Or are your convictions and beliefs — whatever they were — contrary to any scientific truths the universe reveals about itself, regardless of what they are? Professional opinion of almost all scientists studying the Universe is that life on other planets is certainly there, and if we are very diligent to find the first biological signatures of other life we find in this generation. Regardless of whether there are intelligent life beyond Earth or, more controversially, intelligent life in our galaxy, which is still alive, the results of the answer to this research question does not confirm and does not refute the existence of God. Similarly, the answer to the question, which came first on Earth — the chicken or the egg — does not help to answer the question of the existence or absence of any higher beings.

The truth about the Universe, carved on the body and the Universe opens up before us in the research process. Science can never prove or disprove the existence of God, but if we use our beliefs and beliefs as an excuse for our scientific research, we risk depriving yourself of the true knowledge, not to find what could find.

Don’t let faith guide your research. In the same way as science is unlikely to exert a strong influence on the personal religious beliefs of each of us.