Is it possible to study in a dream? 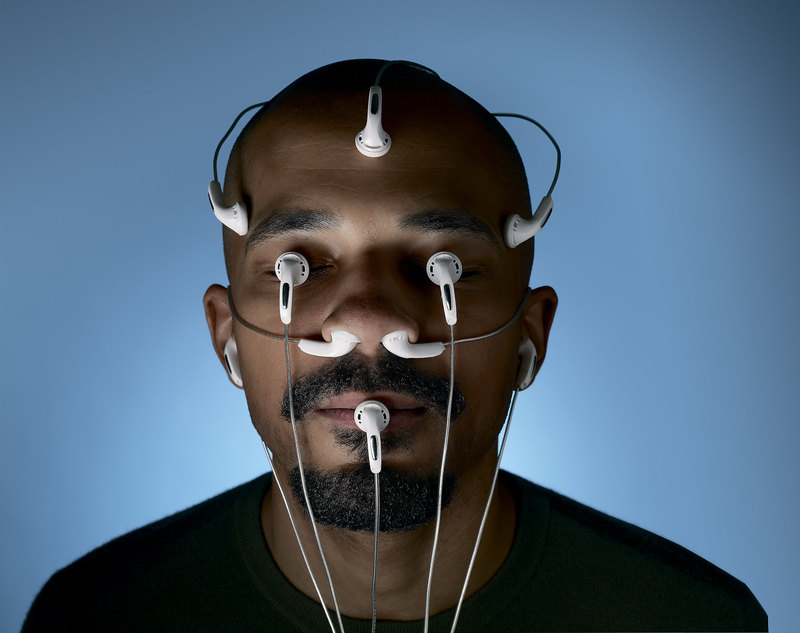 A little more sleep? Or stop feeling sorry for yourself and get up to attend the gym? Well, or at least 15 minutes? Perhaps soon we will get rid of this difficult choice and we can calmly train without getting out from under the blanket, right in the dream. The first experiments with learning in the state of lucid dreaming have already yielded positive results.

Aristotle, the creator of logic and “Metaphysics”, described such conscious dreams – and this duality accompanies this topic right up to our time. On the one hand, the state under which (according to Aristotle) ​​”something in the consciousness of the sleeper indicates to him that he is in a dream” is demonstrated by experiments. On the other hand, a lot of hopeless “spiritualists” are interested in him, so that scientists who are engaged in lucid dreams often look with colleagues in doubt.

The division of sleep into cyclically repetitive phases – slow (lasting just over an hour) and fast (from 10-15 minutes to half an hour) – is known since the 1950s. Rapid sleep is characterized by sharp bursts of electrical brain activity and disordered eye movements under closed eyelids: it is believed that it is at this time that we have dreams. At the turn of the 1970s, successful experiments were conducted, the participants of which, according to the electroencephalograph, stayed in the phase of fast sleep, but they could consciously make a previously agreed motion, for example, with the eyes.

Because of the contradictory reputation of lucid dreams, such experiences were finally recognized only in the 1980s, after Stanford’s psychophysiologist Steven Laberge then perfected the technique and actually established a communication channel with dreamers, giving them tasks that they performed in a dream, while the experimenters followed the activity of their brain and the movements of the eyes. Subsequently, Laberge was the founder of the Institute of Likewise Dreams, where several devices were developed to stimulate this state. 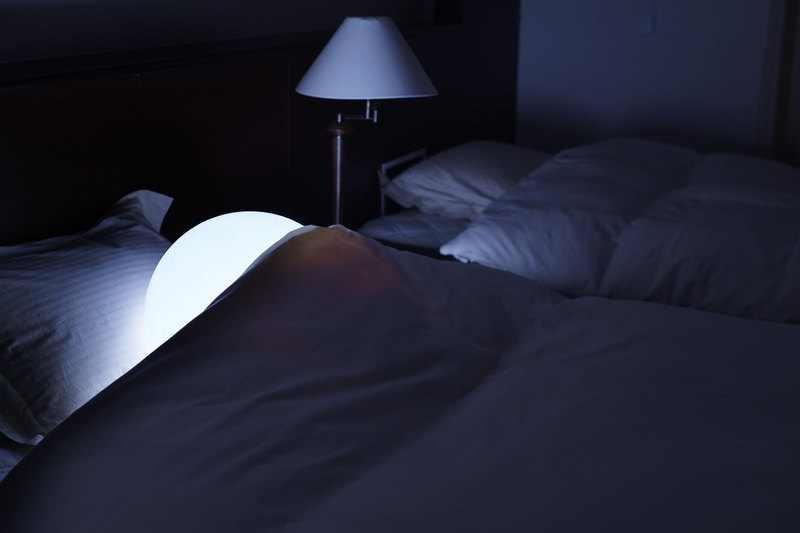 The first task of the future dreamer is to acquire healthy habits: normal duration and regularity of sleep in comfortable silence and darkness. You should keep a pen and a notebook ready, writing down everything that you can remember about the dream. Subsequently, the collected “database” will identify the signs that often appear in a dream. A marker can be a meeting with a particular person or object, a characteristic sensation or something else, which should be watched and wakeful.

“Am I dreaming?” – the dreaming dreamer periodically thinks, trying to notice signs of unreality of what is happening. The habit of fixing them sooner or later will work in a dream, and the person realizes it, having gained power over everything that happens inside the imagination. To fly, to perform with your favorite band, to curtail the space with a tube – to him, as we know from the movie “Beginning”, which plays out the theme of lucid dreams, anything can be done.

Those wishing to master this technique can be addressed to the book of LaBerge, which is translated into Russian and describes in detail all the stages. At the same time, the mechanisms of this phenomenon remain poorly understood. It seems that the brain at the same time finds an unusual balance between the activity and inaction of certain areas associated with the work of consciousness and memory. For example, the anterior cortex is raised, which in normal sleep is turned off: a person is held in hypnagogy, on the border between wakefulness and unconsciousness. This state arises spontaneously, when you fall asleep, but the transition to a conscious dream occurs in the phase of fast sleep, when the brain is believed to lead the consolidation of memory and the consolidation of a new experience. 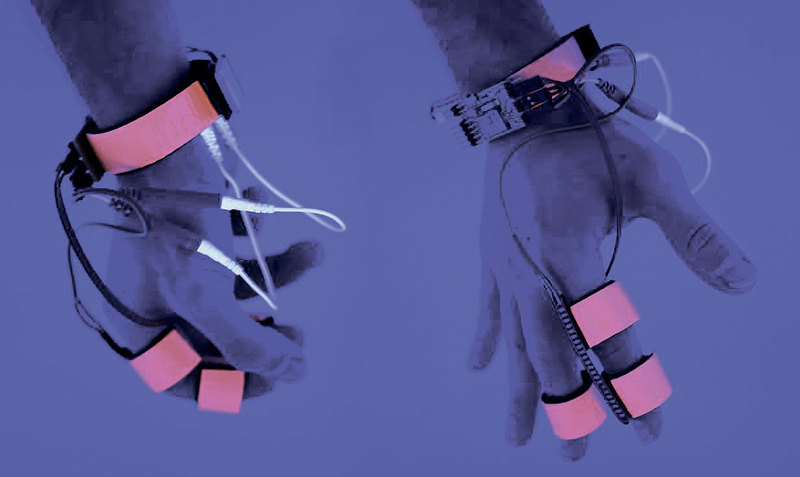 Sleep in the glove

In April 2018, the developers of the famous MIT Media Lab introduced a new system for lucid dreaming Dormio. The electroencephalograph and the pressure sensors integrated in the glove detect changes in brain activity and muscle relaxation in order to give an audible signal at the right time to enter a controlled dream.

The fascination with lucid dreaming is useful, if only because it forms a habit of sleeping in a healthy environment, normalizes the function of melatonin, which controls the daily rhythms of activity. Some psychologists turn to lucid dreams, helping patients to meet with sources of neuroses and fears, overcome them and make the wakefulness calmer. But the most interesting of their applications is connected with the work of memory and training.

By and large, their effect differs little from the usual work of the brain with the perception of sensory signals and the formation of commands to the motor system. Recollection of how we ride a bicycle, hold the steering wheel and turn the pedals, activates the same neurons of the motor cortex, which are included in the work with a real bike ride, except that their signal does not reach the muscles. Memory can be called experiences, fixed in the connections of neural networks, and repetition – the mother of learning – makes these links more secure.

A number of studies have shown that it is not even necessary to move to improve the motor skill – it is enough to reproduce the movements mentally. During periods of rapid sleep, the motor cortex signals are blocked, only reaching the brainstem, so for the brain itself this is equivalent to the action. Martin Dresler conducted a tomography of the brain of people who, during a conscious dream, alternately mentally squeezed one or another fist, demonstrating the alternating activation of the corresponding neurons in the motor cortex. It’s a little thing: go into a dream – and start training.

Vladimir Dorokhov, somnologist, Doctor of Biological Sciences, Head of the Laboratory of Neurobiology of Sleep and Waking of the Institute of Higher Nervous Activity and Neurophysiology of the Russian Academy of Sciences 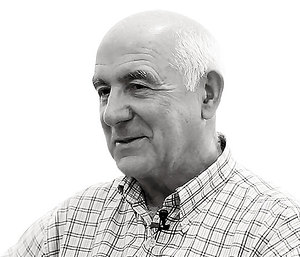 “Scientific studies of lucid dreams, as well as their practical application, are complicated by the rarity of the phenomenon itself. Before playing sports in a dream, you will have to give him a lot of attention in reality, and still this unstable form of fast sleep rarely lasts longer than several minutes. Well, in order to make a verdict on the effectiveness of lucid dreaming in the general case, more research is needed on how to enter and retain these states. ”

The effectiveness of this practice was confirmed by the experiments of the German physiologist Daniel Erlacher: after a single training in a conscious dream, people demonstrated a marked improvement in the accuracy of throwing coins into a glass. Specializing in sports medicine, Erlacher suggests using this condition for additional training of athletes – without undue risk of injury or overdo on the eve of the competition. You can imagine other directions for learning in a conscious dream – for example, adaptation and preparation for actions in the conditions of severe stress for people of the relevant professions.

This approach is similar to learning with the help of virtual reality, which is practiced when training pilots or surgeons. “Obschetom” is occupied by the brain itself, which for the time being remains the most powerful graphic station in the world, which gives the experience a sense of authenticity. However, he is only able to use the experience already available. A conscious sleep can improve a simple motor skill or survive a dangerous situation without the risk of a catastrophe. But to get new knowledge, for example, to learn Chinese or master differential equations, you have to get out of bed and do business in the real world.