Is man ready for eternal life? 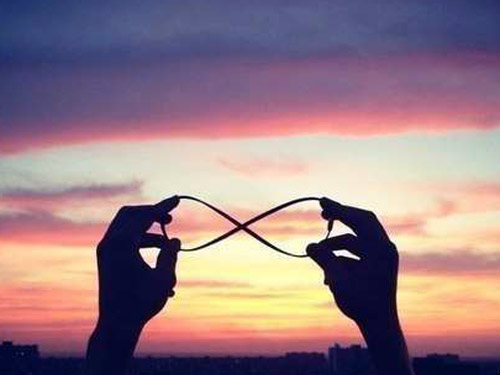 When Bilbo received the immortal Ring of All Power, the wizard Gandalf asked him how he felt. The hobbit replied: “I feel like a piece of butter, smeared over a huge piece of bread.” Modern technology is trying to prolong the life of a person, and in the future make it even immortal. But are people ready for this?

In November last year, the sociologists of the Levada Center turned to passers-by with an unusual question: “Do you want to live forever?” It would seem, who does not be tempted by eternal life? .. But the results of the survey surprised: 62% of Russians do not want such a fate. The question of immortality was asked by unbelievers, Orthodox, and representatives of other faiths.

However, Levada Center specialists already conducted such a study in 2007, and the results have not changed at all since, the number of people dreaming of immortality has remained the same. But the number of those who rely on God in six years decreased by 17%, moreover, the share of those who rely only on their own strength, increased by 14%. 39% of respondents did not think about death, and of those who thought about it, only 15% said they were ready for her arrival.

“Medicine” from death – stem cells
… Or rather, the organs of them. The idea is the same as in the case of cloned organs: replacing worn out items with new ones. It is assumed that the living organs, grown from the patient’s own stem cells, will get much better than the artificial “spare parts”.

However, some researchers say that such surveys may contain inaccuracies and errors. First, in such a questionnaire, too sensitive, as sociologists say, “sensitive” questions were touched upon. In this case, the personal contact of the “interviewer-respondent” also affects the response. Secondly, different people can understand the “eternal life” differently: for some, this is bliss in paradise, for others – an empty nothingness … Absolutely to trust such figures is not entirely correct. But how then in this case to answer the question, is man ready to live forever?

Immortality is the dream of mankind

“I read some research on this issue,” says Valery Udalov, general director of the only Russian cryo company CryoRus. – One-fourth, one-fifth of the population is really ready for eternal life. According to legend, Benjamin Franklin wanted, that after death his body was kept in a barrel of wine. In the ancient “Epic of Gilgamesh,” the hero was engaged in the search for a means that would make his friend Enkidu immortal. People always dreamed of eternal life. Of course, if a person is tormented by illness, poverty and old age, he will not want any eternal life, because it is associated with this torture for him. But if he becomes healthy, he will live in prosperity – why not? .. People in developed countries due to the development of medicine, cultural lifestyle already live longer. Perhaps, someday, it will also be about immortality.

“Medicine” from death – cryonics
Cryonics is one of the ways to avoid eternal sleep in a wooden box, replacing it for a long sleep in a high-tech freezer. After death, a person’s body is either frozen entirely, or only his brain is put into “hibernation”. Cryonics is a reserve for the future, when it is supposed that the technologies will allow to revive the cryonauts, sleeping in a long sleep in freezers.

How to learn to be mortal?

– While technology is struggling to create an immortal cyborg in which the human “I” can be implanted, scientists are wondering if man wants to live forever. – said the famous Petersburg psychoanalyst Dmitry Olshansky. – Does such a life have any meaning? And what about the attraction to death, which makes a man a man?

Borges has a story about people who have gained immortality, and after several centuries lost any meaning of life, and after several centuries degraded to an animal state. Indeed, life has meaning and value only if it is finite, when every moment is unique, and no minute lived will return. Only then can a person have a motivation, goal and desire to achieve it. If life is an endless line, not a segment that needs to be lived as interestingly as possible, then it will not have a goal, and the desire to live will be lost. In the end, the imagination and possibilities of a person are not unlimited, and many modern people live boringly and senselessly even in 20-30 years: study, family, children, loans, housing, pension … Take this scenario from the man in the street – and you will see in which He will be alarmed by his senseless stay on this planet. And then it turns out that this emptiness can last forever. For many, this would be a disaster. Probably, hell – this is an endless monotonous life.

After the birth of Dolly the lamb, talking about making exact copies of oneself has ceased to be science fiction. However, experiments even on the cloning of individual organs, which could serve as an excellent substitute for worn out, diseased parts of the body, not to mention the whole body, are met with zealous opposition from the public, and are almost universally regulated in the most rigorous manner.

Another literary character said: “I do not need an eternal needle for a Primus stove, I’m not going to live forever.” Many people not only do not want to live forever, but even worry when such an idea arises. On the one hand, eternal life is unbearable for a person mentally, and for many neurotics such a thought causes the fear of infinity and emptiness. On the other hand, man by nature is the ultimate being, this is his generic trait, to become immortal – this means to cease to be a man. That is, if it concerns immortality, then this is the lot not so much of a person as a cyborg. To become immortal, we must abandon our human nature, and this can not but awe. In this lies not only the physiological but also the eschatological meaning: someone hopes to gain immortality by connecting with the machine, someone – with God … But that and the other fantasy involves the rejection of his human nature.

The question of immortality nevertheless belongs to the sphere of science fiction, and it is unlikely that it will seriously be answered by our children and grandchildren. But there is another question that faces each of us: how to stop living in the “Groundhog Day”, when each new day “copy-paste” the previous one, and the whole life cycle repeats the prescribed script? How to get out of the cycle of bad infinity and from the eternal monotony of life? How to overcome alienation and return to the irreversible flow of life, where every moment goes irrevocably? In other words, the main question for modern man: How to learn to be mortal? How to live your own life and do it always on a clean, without rewriting? This is an existential task for each of us.

People are not even ready to live long

– The theme of eternal youth, eternal life – favorite fantasies of people at all times. Moreover, it is assumed that development must necessarily stop at the point of a certain maturity, at the age peak of physiological activity. But the “perpetual motion” is impossible at the level of soma, body, or at the level of the psyche.

Soulful old age suggests stagnation of desires, absence of positive expectation of the future, inability to transform, develop – there is nowhere to go and there is no need. A huge mass of people are unable to overcome social stereotypes and create something regardless of their age, within the limits of their age characteristics (“After 50 years of life there”, “Climax – no more me than women”, “Retired – life ended” ). Hence, there are so many extinct, depressed people in those who no longer belong to childbearing age.

Even within the framework of one life, not all are able to change the objects of application of their forces, to find new meanings of life, new goals. Eternity, however, assumes that a person must have internal resources for many such transformations.

That is, be ready to always be an inventor, a “fertilized” idea or feelings, nurturing, giving birth to projects and new affairs, putting on their feet and their brainchild ideas, and the work of hands. If we assume that the body continues to be healthy and strong, what high flexibility, adaptability, stress resistance, libidinal activity should be at the level of profound processes in the psyche!

There are isolated examples when in a very old age, despite illnesses, some actors, scientists show amazing examples of bright creative, intellectual life. But in the mass of people it’s easier to dream about something eternal than even within one of their ultimate lives, be able to be functional, complete one creative cycle and start another.

Another way to fight with the inevitability is to send robots into the body that will destroy pathogenic agents, track and “clean up” the infected and destroyed cells. Work in this direction is carried out by many medical and scientific centers of the world: it is believed that sooner or later nanorobots will help cure almost any disease. However, in the near future such technologies will hardly be realized, since they require a huge amount of additional research, development of new technologies – and clinical trials for each novelty.

Our world is engulfed by a pandemic of depression. Complaints about the lack of a sense of life within yourself are ubiquitous. This does not prove that it is very difficult for a modern person in a neurotic world, and sometimes even in a psychotic space, not even to live long, but simply to live. Because there are so many self-destructive behaviors: workaholism, alcoholism, food and chemical dependencies, dangerous occupations and hobbies, destructive way of life. A person on an unconscious level does much to die before, completes his psychic life much earlier than physical. People in the mass are not ready even to live long.

The question of readiness for eternal life is not easy, especially since the elixir of immortality has not yet been invented. Create it, and – who knows? – Perhaps, the number of people wishing to live forever would have increased. In the meantime, as is known, there is nothing inevitable, except death and taxes.