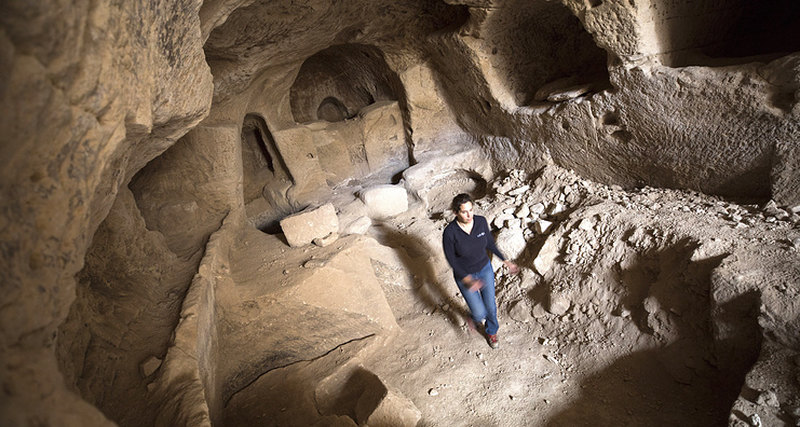 The ancient temple, whose age exceeds 2 thousand years, was discovered by Israeli archaeologists using an unmanned aerial vehicle on the territory of one of the army bases.

“An impressive structure, the age of which is 2,2 thousand years, perhaps a palace or a temple of the ancient people of the Idumeans, was found on the army training base of Horvat-Amud in Lakhish district,” the document says.

The Idumeans, also known as the Edomites or Edomites, according to the biblical tradition, are considered descendants of Esau, the brother of Jacob, nicknamed Edom. “In the event that we actually discovered an Idumean temple or palace, it is a unique and exceptionally important find,” said the head of the excavation at the military base in Lahish district Oren Gotfeld, whose statements are quoted by the Department of Antiquities of the Jewish state. “There are very few such buildings on the territory of Israel, they are literally one, and this structure was probably destroyed deliberately, and it is possible that it happened during the conquest of this area by the Hasmoneans.”

“In one of the premises of the structure were found two stone altars for incense, one of which is decorated with a carved image of a bull that could symbolize the deity worshiped by the Idumeans,” the Israeli Antiquities Authority noted. – In addition, clay vessels of fine work were found, including painted bowls, pitchers and oil lamps. ” Archaeologists also found “numerous underground rooms that could be used as quarries, as well as to accommodate ritual baths, oil presses and dovecotes.” “Also, secret tunnels dating from the time of Jewish protests against the Romans were discovered, in one of the bottoms an intact kitchen kettle of the Bar Kochba period (132-135 AD) was found,” archaeologists added.