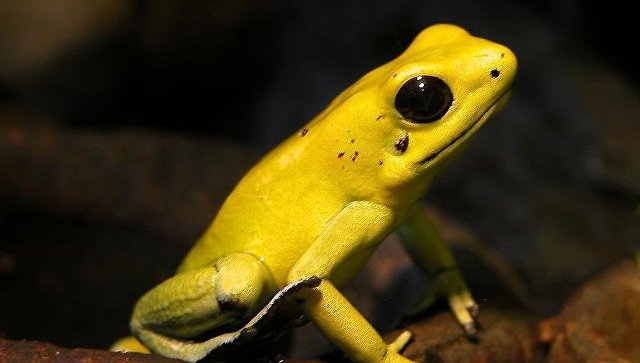 The first victims of the sixth mass extinction in the history of the Earth will be not only the largest, but the smallest animals of the planet, environmentalists say in an article published in the journal PNAS.

“The sharp decline in biodiversity in recent years suggests that the sixth mass extinction of animals has begun, many studies of past extinctions show that large animals are much more vulnerable to their action than small living creatures.” We checked whether this was so, “write William Ripple (William Ripple) from the University of Oregon in Corvallis (USA) and his colleagues.

Two years ago, environmentalists announced that a new, sixth mass extinction of animals is now taking place on Earth. According to their calculations, in the epoch that preceded the anthropocene – the century of man, about two hundred species of mammals disappeared every hundred years for every ten thousand animals that existed at that time. In the XX and XXI centuries, this figure grew 114 times.

In other words, the number of species that have ceased to exist during this time, usually disappears for 10 thousand years, and not for one century. The rates of extinction of animals in recent years, as scientists say, are rapidly approaching the speed with which representatives of flora and fauna disappeared 66 million years ago, when dinosaurs, sea reptiles and pterosaurs disappeared.

As Ripple and his colleagues point out, it is traditionally believed that the mass extinctions of flora and fauna most affect the largest and most specialized representatives of the animal and plant world. For example, paleontological data indicate that no animal, whose mass exceeded 25 kilograms, did not survive the fall of the asteroid to the Yucatan peninsula 65.5 million years ago.

On the other hand, the current extinction has its own peculiarity: its “engine” is not the forces of nature, but a man, not only directly destroying animals, but also depriving them of their habitats and possible sources of food.

Ripple’s team tested how this factor affects the survival of all the animals on Earth, comparing the masses and the current state to all 44,000 species of living beings listed in the Red Book. As the scientists note, accurate data on body weight are available only for 27,000 of them, which made it necessary to exclude the remaining 17,000 mammals, reptiles, amphibians, birds and fish.

As shown by this analysis, not only the largest living creatures, such as large cats, elephants, giraffes or whales, will be the first to disappear, but also the smallest animals. Most of all, this will be manifested among amphibians and fish. Scientists predict that virtually all small frogs and other amphibians, whose mass is less than a gram, will disappear in the coming decades.

The reason for their extinction is that man constantly captures and changes for his purposes all new territories both on land and in the waters of the world ocean, causing large-scale ecological rearrangements, the victims of which most often become the smallest species of animals whose habitats are initially modest . The number of large animals, in turn, decreases due to poaching or excessively large catch or shooting.

In the near future, scientists plan to supplement the Red Data Book database and measure the body weight of animals not included in the initial analysis. These measurements will help to re-test the conclusions and understand how to protect the smallest animals, often playing a critical role in the work of food chains, from complete extinction in the coming years.