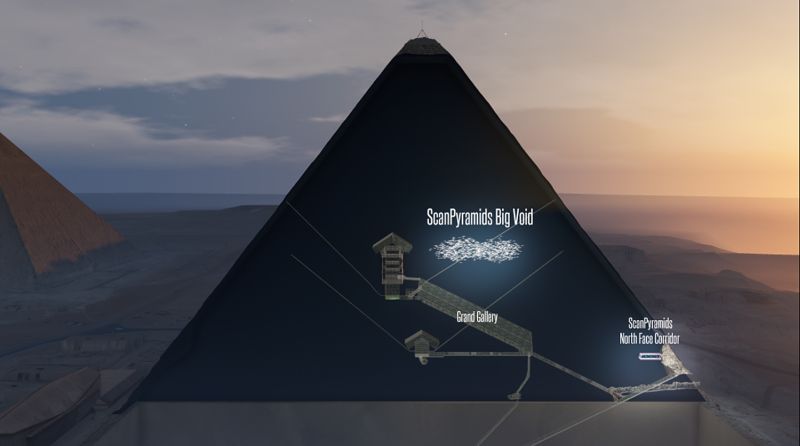 French and Egyptian archaeologists have found evidence that the pharaohs of the 4th dynasty of the Old Kingdom built pyramids on the Giza plateau due to the fact that they were adjacent to a close and easy-to-navigate channel of the Nile. Scientific work published in the journal PNAS.

Scientists have used pollen deposits in the rocks of the former floodplain of the Nile to reconstruct changes in currents around Giza over the past 8,000 years. As it turned out, the Nile became shallow at the end of the dynastic period in the history of Ancient Egypt, but during the reign of Khufu, Khafre and Menkaure, this channel remained navigable. So it could be used to deliver building materials for the pyramids.

The pyramid of Cheops was built in the middle of the third millennium BC. Its construction was initiated by Pharaoh Khufu, one of the rulers of the fourth dynasty of the Old Kingdom. During this dynasty, all the “great pyramids” of Ancient Egypt were built, including the pyramids of Khafre and Menkaure, as well as the famous Sphinx.

All the largest pyramids of ancient Egypt were built on the Giza plateau. It is located 25 km from Cairo. Now the plateau is located 8 km from the Nile.

But when the river had a different course, it supposedly served as the main artery for the delivery of blocks.

Scientists have been working on the mystery of the construction of the pyramids and the Sphinx for a very long time.