It is dangerous to make God of artificial intelligence 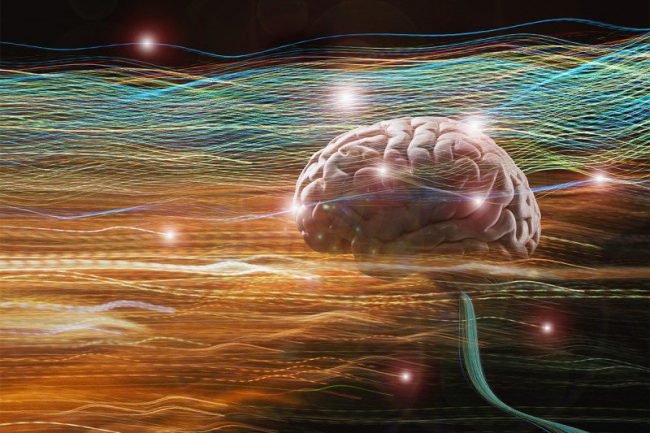 “Artificial intelligence is already here,” says Christopher Kutarna, a political scientist at the Oxford Martin school at Oxford University. But the curious question is: where are we on this segment? How talented will be Autonomous brains, created us?”. This speech Kutarna kept in a cool tent on a hot summer day, on a field in Oxfordshire. At the Wilderness festival, where all this was happening, the scientist discussed the AI with colleagues Robert Smith, Matthew Taylor and John Lloyd.

Before you can understand what can be or will be intelligent computers, we need to understand what we mean by the intellect, the mind. Speaking about artificial intelligence, we tend to raise the bar, says Kutarna. You may think that to win in the game of chess requires intelligence, but the best GM in the world was beaten by a computer in 1997. But today, anyone can upload to the phone game, which he loses at chess.
The game started

We have also seen how the AI plays with people in an intellectual game (e.g., Jeopardy!), and similarly, recently, beat the man in the complicated Chinese go games.

Does this mean that computers have intelligence? “Don’t believe the news,” Smith said. — No breakthroughs in the field of AI was not.” The speed of computers is growing and exceeds our own speed of thinking, but intelligence as was a computer and left, he says.

Smith does not believe that consciousness exists. “Maybe it’s a combination of memory and imagination,” he says. — I think consciousness is an illusion — when we have ceased to believe in the soul, the consciousness came to replace her”.
Intelligent machines?

And even if we could create a thinking machine, if we could find good use of it? Our brains are capable of incredible things, but these things add up our boring life, says Lloyd. “The more complex the device, the more banal the information it processes,” he says. “Phone with more computing power than the human mind, but we use it to do a selfie”.

More disturbing is the idea that developing AI, we will expect them to solve all problems, as of a deity. “I think we live in a world where technology has become a religion,” says Taylor. We’re back to the medieval notion that God decides what should be the world, but today God has become technology”.

This is partly due to policies that are driven by technology, says Taylor. “Silicon valley has its own approach to problems, which is called solutionism [literally: reserialization], and it is based on the idea that all problems in the world can be solved with technology,” he says.

Kutarna agrees: “We expect that technology will solve the problems faster and faster, until finally there is no more and we will be tehnoutopiya”.
Technology should serve us

You can talk about what technology will see and know that in 30 years all the problems will be solved. But this is the wrong approach. At any speed of technology development, we will not be able to provide machines with human intelligence, if you will learn how to instill artificial empathy.

Empathy (empathy) and emotions are especially important in the brain’s work, reminds Taylor. We begin forming emotional memories long before formed memories of events, and these memories shape our behavior and interactions with people throughout the rest of your life. No one computer can interact with a person so that it seemed absolutely natural for all of us.

Perhaps that makes us special, says Taylor. “We need to fundamentally connect to our humanity and love ourselves. We need to return to admiration of how amazing we are.”