It looked like the magnetic field of ancient Earth? 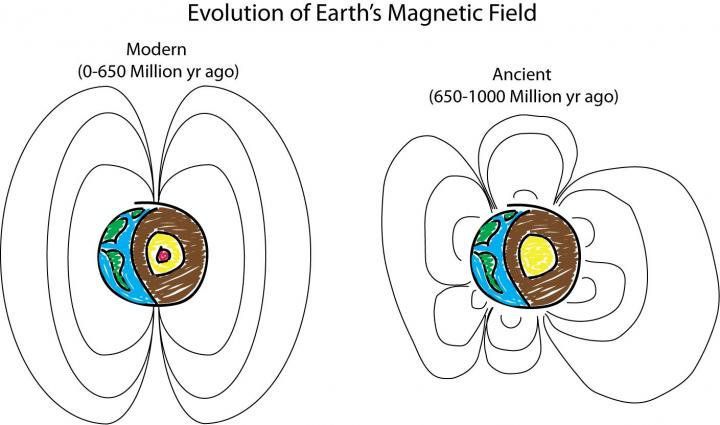 In the new work, published by Peter Driscoll from the Carnegie Institute, USA, States that a magnetic field of ancient Earth differed from its present magnetic field, originating from multiple poles instead of the usual two for us.

The Earth’s magnetic field is mainly formed by the movement of liquid iron in the planet’s core – the so-called “geodynamo”. This movement is due to the heat loss of the core and a gradual solidification of the inner core of the planet.

In their study, Driscoll built a thermal model of the Earth from the first years of its formation. After analyzing the results of their calculations, the scientist came to the conclusion that about 1 billion years ago the Earth moved by a powerful bipolar magnetic field to weak, randomly oriented field, and then in about 650 million years before the present time in connection with the solidification of the inner core of the planet has occurred, the reverse transition to the powerful bipolar field that exists around our planet to this day.

These results will help scientists in assessing the movements of ancient continents and climate of ancient Earth, says Driscoll.