It turned out that jellyfish can sleep 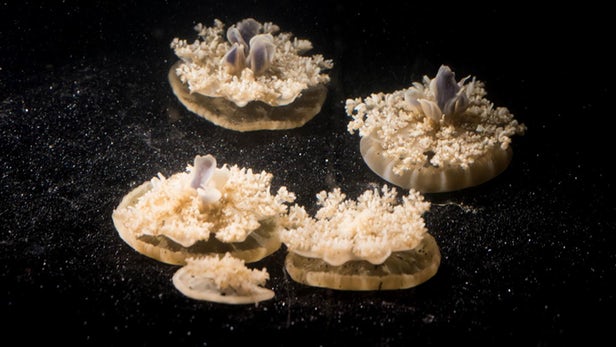 Observations of jellyfish allowed them to identify a state similar to human sleep. Biologists believe that the study of sleep in jellyfish can help shed light on the mystery of human sleep.

The question of why we should sleep has puzzled scientists for many decades, and evidence of such a dream behavior has been seen in virtually every animal on the planet. Researchers from the Howard Hughes Medical Institute recently recently discovered signs of sleep in a jellyfish. This puzzled scientists, since it had never previously observed similar behavior in animals without a central nervous system. This means that, in fact, even an organism “without brains” requires rest and a period for recovery.

While the duration of sleep can vary significantly in different animal species, the study suggests that every animal with a developed brain needs a dream. Although frog bulls are often cited as one of the abnormal animals that never sleep, although many scientists question this fact.

The discovery that organisms without a nervous system can also sleep caused a stir in the scientific environment, since this contradicts the long-established canons that it is the nervous system that needs rest.