It turned out that tyrannosaurs were born very tiny 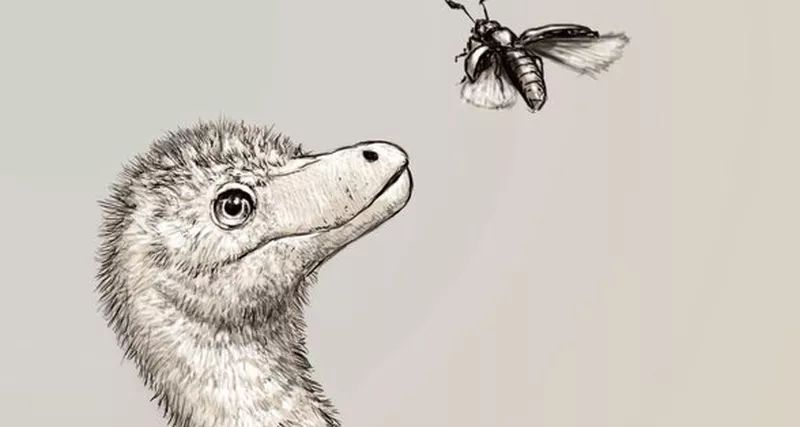 Found two years ago, the fossilized remains of a baby Tyrannosaurus rex forced scientists to re-examine previous finds. As it turned out, once the largest predators on Earth were born no larger than a Chihuahua dog.

It is extremely difficult to imagine the most formidable predator of the Earth as very small and “harmless”. Scientists, too, for a long time could not believe and compare the tiny fossils with giant tyrannosaurs.

In the new study, scientists analyzed two fossils: an animal’s claw and its mandible. Both finds belong to tyrannosaur embryos aged 71 to 75 million years. The claw was found in 2018 in Canada and the jaw has been found since 1983 in the US. But it wasn’t until last week that paleontologists at the University of Edinburgh presented their first full study of these remains.

The fact is that when the jawbone was first discovered, scientists did not immediately understand its significance. A piece of jaw, which paleontologists found in the last century, was enclosed in stone and was too small and fragile to extract. Then scientists were not even sure that it was a dinosaur bone.

The study of fossils that were found in Canada two years ago changed everything. After realizing that tyrannosaur embryos could be tiny, paleontologists re-examined a piece of jaw in the rock using a particle accelerator that allowed them to image the fossil without removing it from the rock.

After carefully examining both finds, the scientists concluded that the tyrannosaurus rex babies were tiny compared to the adults. They were only 1/10 that of an adult tyrannosaurus. As it turned out, the jaw belonged to a Tyrannosaurus rex, which was about 70 centimeters long, and the claw belonged to an animal a little over a meter long. Of course, if you imagine a child whose height is one meter, then it will seem to you that the children of tyrannosaurs were quite large. However, an adult could reach a length of 10 meters! 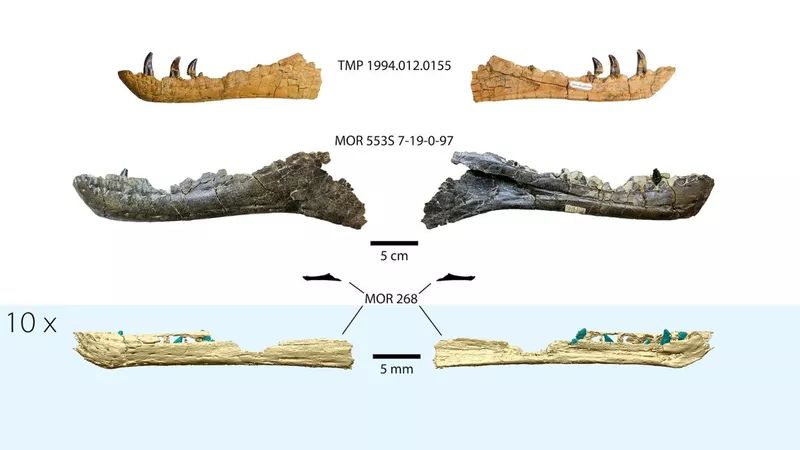 Below are the remains of a jaw that was found in 1983. Compared to the jaw of an adult, the fossils found are 10 times smaller.

Scientists speculate that this size and small blade-like teeth forced animals to feed on insects and lizards. However, by the age of 11, individuals were large enough to hunt other types of dinosaurs.

The study authors emphasize that this work is important not only in terms of understanding the size of dinosaur embryos. “The fossils found give us an idea not only of the size of the fetus, but also of the size of the eggs of Tyrannosaurus rex,” the scientists say. “Until now, no one has identified eggs or cubs of Tyrannosaurus rex, but the size of the new embryonic dinosaurs matches the large, elongated eggs that paleontologists have found in the past.” The researchers say that now understanding the size and location in which tyrannosaurs laid their eggs, scientists will be able to find other remains of “babies” of this species already in museum collections.