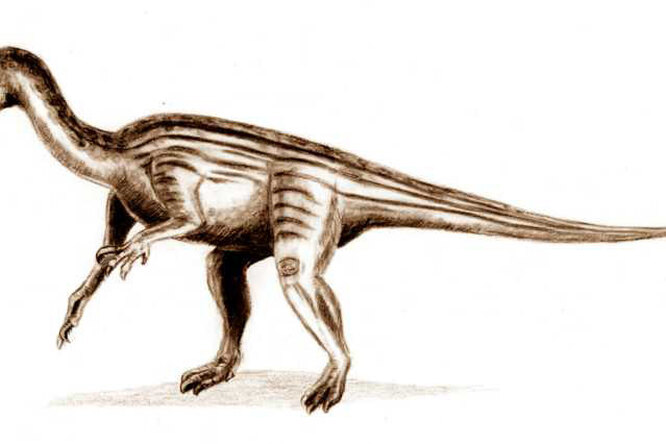 A brain reconstruction of one of the most ancient dinosaurs has shed light on its possible diet and ability to move. Advanced imaging and 3D modeling techniques have allowed scientists to digitally model the brain of a Tecodontosaurus, which lived about 205 million years ago.

The authors of the study note that this species was discovered almost two centuries ago, but its detailed study began only in the 1990s. And now, three decades later, paleontologists finally managed to learn more about Tecodontosaurus.

The main discovery that scientists have made is that unlike its giant late relatives, including Diplodocus and Brontosaurus, which were herbivores, Tecodontosaurus ate meat.

Antonio Ballell, lead author of the study, said: “Our analysis revealed many interesting features, some of which are quite unexpected. While its later relatives walked on four legs, our results suggest that the Tecodontosaurus may have walked on two legs and was carnivorous.

The tecodontosaurus lived in the Late Triassic about 205 million years ago and was about the size of a large dog. Although its fossils were discovered in the 1800s, scientists have only recently been able to gain new information about the species. By creating three-dimensional models of the brain based on computed tomography, the scientists have revealed anatomical details that were not previously seen.

“New technologies allow us to recreate the shape of the brain and the inner ear to the size of the cranial cavities. The brain prints of Tecodontosaurus are perfectly preserved, so we were able to compare the cast of his brain with the brains of other dinosaurs, ”said Ballell.

The researchers note that the model was even able to show details of the flocular lobes, which are important for balance. Their size indicated that he was a dinosaur using only two legs for movement, was relatively fast and could maintain balance when moving quickly.

The researchers were also able to reconstruct the inner ear, which allowed them to assess how well this dinosaur could hear compared to other species. As it turned out, he could perceive high sounds.