Italy has found the most ancient false teeth 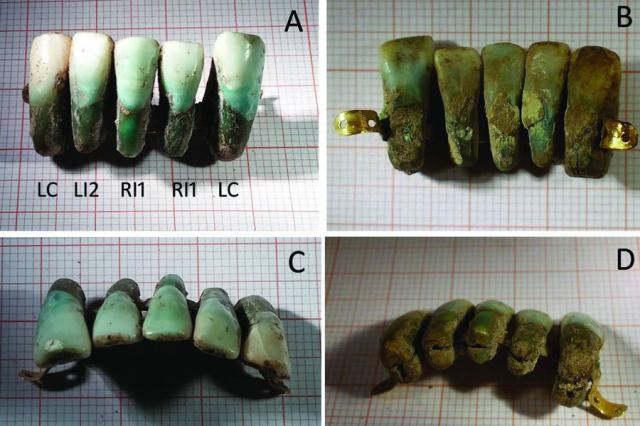 Archeologists have found in burial in the Italian city of Lucca the false teeth, most ancient in the world. According to researchers, teeth could be used during the period since the end of XIV on the 17th centuries. Though in historical documents it is mentioned that false teeth carried at the time of Etruscans and the Roman Empire, this most ancient material evidence of use of such devices.

A set of teeth found scientists consists of five teeth: canines and cutters. All of them are covered with a metal layer. Scientists assume that teeth initially belonged to different people. For their fastening to the lower jaw the gold strip was used. 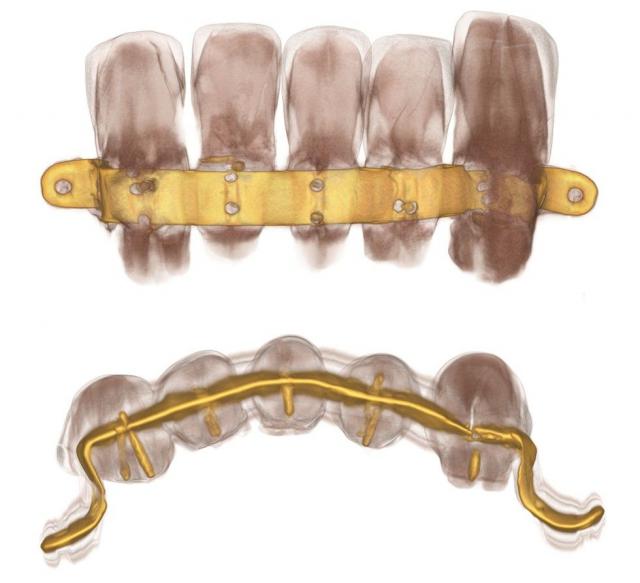 False teeth had a raid that demonstrates their long use.

Teeth have been found during studying of remains more than 200 people in the territory of church in Saint Francis’s monastery.