Japan has created the world map with the correct proportions 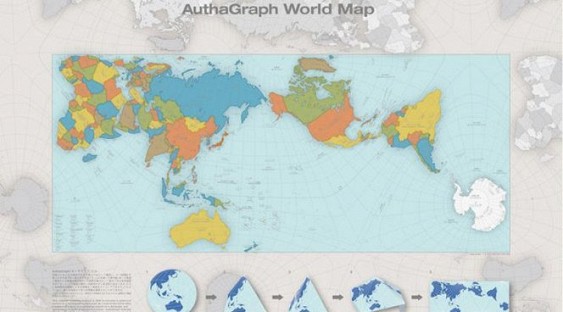 The Japanese company AuthaGraph developed an original method of projection that allowed to create the world map with the correct proportions of continents and oceans. The majority of cards distort real outlines of continents, change their sizes. Besides often creators of cards place the country or the continent in the center, and in Australia the turned card was widely adopted. The Japanese designers placed the Pacific Ocean in the center, however they as much as possible approached a real ratio of the sizes. For example, Africa on the new card much more North America, and Greenland — is three times less than Australia. For receipt of development in AuthaGraph broke the spherical surface of the globe into 96 triangles, then by means of a combination of methods of projection the image was postponed for the plane.