Japanese robot sweats that would not overheat 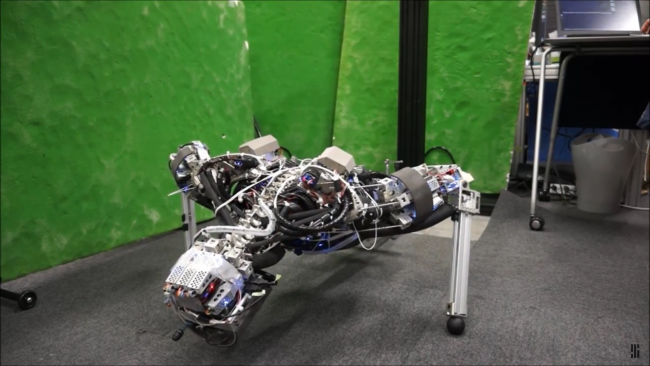 Robots to overheat and it becomes a serious problem, because the cooling of the machines, things are much worse than humans. Overheated, the robot starts slower, but if it is not cooled down further, it may break.

Robots do not fail, they simply shut down, giving rest. Along the way, engineers are struggling with the overheating problem, trying to implement robots of various cooling systems, including liquid.

Engineers at the University of Tokyo JSK lab, trying to solve the problem of overheating of its latest brainchild — a robot Kengoro, 56-pound humanoid robot, rising to 1.7 metres.

It turned out that this edifice to provide a good cooling system is not so simple, because the robot was already wall to wall printed circuit boards, gears, and yet it has a whopping 108 engines!

Where to put fans and radiators? The problem is not solved and the water flowing through the channels inside the robot body, instead the developers decided to use a porous frame of the robot, made from aluminium. Water flows freely through the pores and evaporates to cool the mechanism. Do not forget to “fill” the robot with new water, because in the process of cooling the water evaporates.