Japanese will have holographic wives 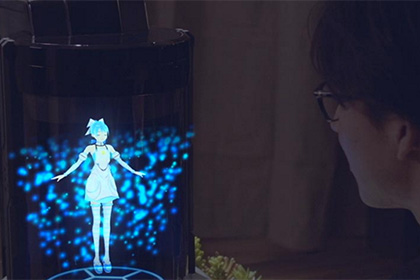 The Japanese company Vinclu began to accept preorders for the Gatebox device — the device allowing to bring “the holographic wife”. About it on Friday, December 16.

Gatebox represents the device with computer system and a projector which shows the virtual girl by the name of Azuma Hikari. It is capable to support dialogue with the owner, to write it messages, to awake in the mornings, and also to operate systems of irradiating, heating and some household appliances in the house. The Telegraph writes that the holographic girlfriend can even send to the owner angry messages if he is late, explaining it with the fact that she “feels alone”.

Hiraki looks as the girl with blue hair drawn in style of an anime. On the website devoted to Gatebox it is specified that it is 20 years old, its body height makes 158 centimeters, it loves donuts and hates insects.

At the moment there are 300 copies of the device which will be available to residents of Japan and the USA. The cost of everyone makes 298 thousand yens (about 2,5 thousand dollars).