Jetpack allows a person to fly 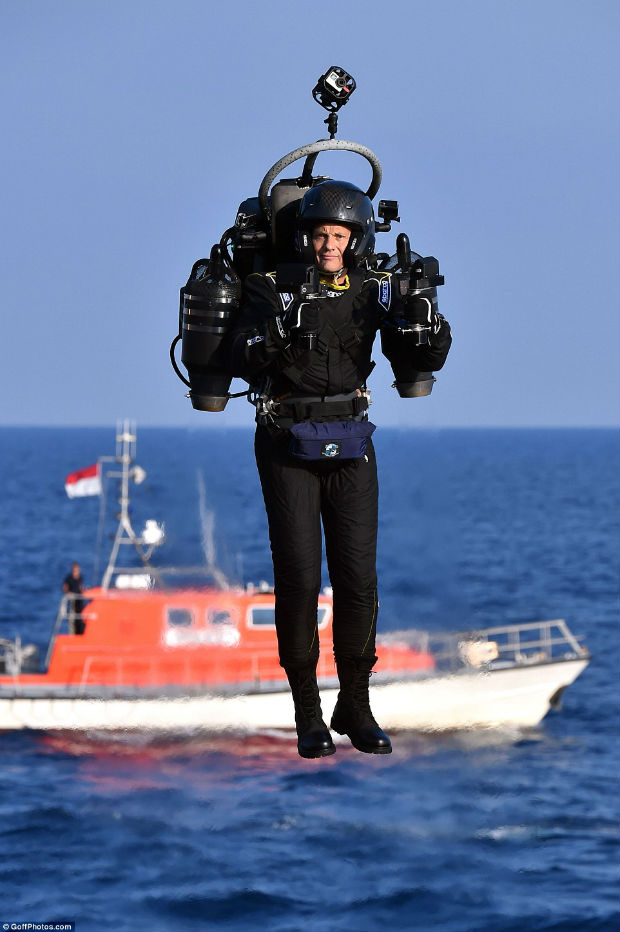 The jetpack weighs too much — even with full fuel tanks it can carry a grown man. Now it is kept in the air for 10 minutes and speeds up to 90 km/h.

The creators of the JB-10 sincerely believe in the future of personal aircraft. Now the pack consists of two turbojet engines are designed to minimize the size of turbogenerators that they consume less fuel and not heated.

In the fall of 2015 owner of JetPack Aviation made its first solo flight with a jet pack on his back. That was when the first real footage of people hangs in the air without any aircraft. A year later the engineers JetPack Aviation break in Monaco, a new version of its development — JB-10

Test flight of the JetPack Aviation founder David Maiman (David Mayman) were carried out personally. He got up with a runway for helicopters and more than two minutes flying over the sea, and then returned to the starting place.