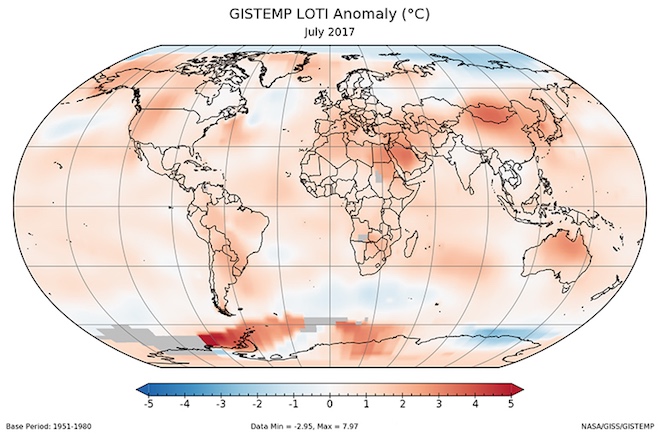 July 2017 was the warmest in 137 years of modern weather observations, according to a monthly analysis of global temperature made by scientists from the NASA Goddard Institute for Space Studies (USA). It is followed by July 2016. 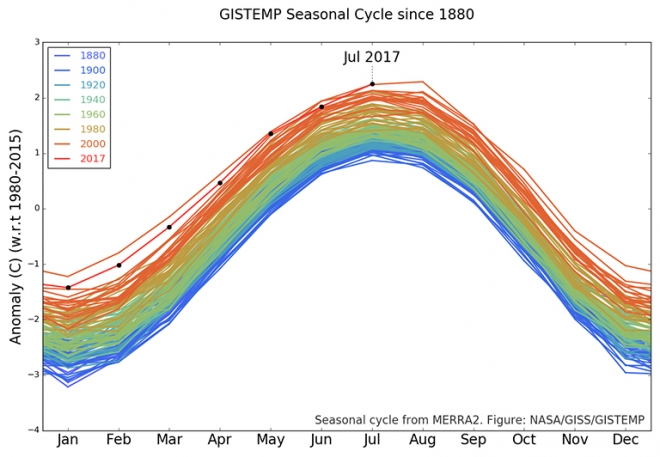 A monthly analysis of the team of the Goddard Institute for Space Research is compiled on the basis of publicly available data collected by 6.3 thousand meteorological stations around the world, instruments measuring sea surface temperature on ships and buoys and Antarctic research stations.

Modern global temperature observations began around 1880. Earlier observations did not cover sufficient territory of the planet.